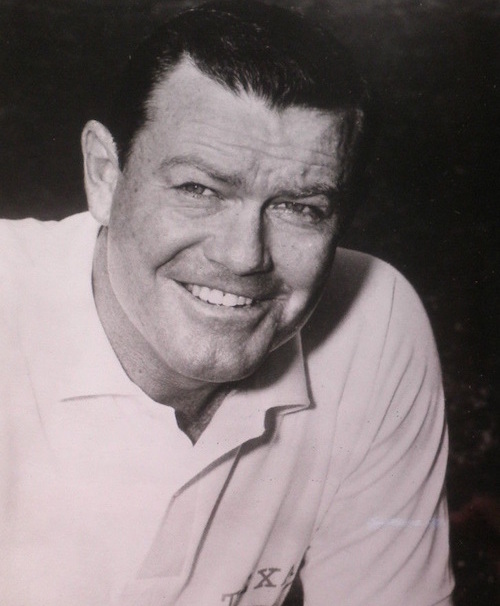 He left a rich legacy and many essential leadership lessons.

I grew up watching Royal’s teams win Saturday after Saturday. In his 20 seasons at Texas, Royal never had a losing season from 1957 – 1976, compiling a record of 167 – 47 – 5, winning three national championships, 11 Southwest Conference titles and finishing in the Top 5 national rankings nine times. Royal is the winningest coach in Texas Longhorns football history, and his 30 consecutive victories is one of the country’s longest.

I watched his teams on TV, from the stands, and, in a couple of instances, from the sidelines.

I’m a Texas Longhorn, and Darrell Royal is a big reason why.

Our daughter Jordan was quickly exposed to Longhorn football, joining me for her first Texas-OU experience (a 34 – 3 drubbing by the Sooners) when she was 7 years old.  “Mommy,” she said, “It was so cool.  We got to sit right behind the goal posts.”  Since then, Jordan has developed her football acumen, and can tell you more about football strategy, stats and starting line-ups than most guys.  In 2012, she was a junior at Texas, and she texted me that day at 7:45 a.m. with the news that Darrell Royal had gone to the big stadium in the sky.

Texas took a chance hiring the 32-year-old Royal in 1957, making him the youngest head coach in America.

Royal was hired less because of what’d he done, and more because of who he was. “He was a man of his word whether it was a good word or bad word,” said David McWilliams, who played under Royal and later became Texas’ head coach. “It wasn’t always the word I wanted to hear. But you know you could count on it.”

The person who hired Royal to fix a languishing Texas football program looked beyond Royal’s resume to his character. Royal came from the humblest of beginnings and worked longer, harder and smarter than his peers to win at everything he set his sights on. “As long as a person doesn’t admit he is defeated,” Royal said, “he is not defeated – he’s just a little behind and isn’t through fighting.”

Lesson: Skill is a given; hire for character.

So with Texas coming off a 1 – 9 season, Royal’s first team produced a 6 – 4 – 1 record that was a product of hard work, a tenacious defense, a powerful running game and tough love. Royal worked players hard, and he expected a lot. He didn’t try to be the players’ friend because he knew he had to be the players’ coach. “Football,” Coach Royal said, “doesn’t build character. It eliminates the weak ones.”

Lesson: Leaders push their teams to get peak performance.

Royal was an innovator on and off the field. Among his pioneering moves:

This new formation helped Texas roll to its first national championship in 1963, going undefeated for the first time since 1920.

Lesson: Resist the urge to say “We’ve never done that before.”

What Changes Will You Make?

Success is not always assured. In Royal’s case, a decline over the next four seasons sent his teams plummeting out of the polls and prompted the coach’s biggest innovation.

On Sept. 21, 1968, I was a 13-year-old watching from the stands as Texas played to a 20-20 tie against Houston. Despite the disappointing outcome that night, Royal changed the way football would be played. He introduced a formation with a full-house backfield (one quarterback, one fullback, two halfbacks) to run the triple option.

Initial results were not promising. Then Royal made another change: He pulled his starting quarterback and named James Street the signal caller. The offense had its leader in Street, who would go undefeated in all of his 20 starts, and the offensive formation had a name: the wishbone.

Last Saturday, I watched from the stands when the Longhorns ran their first offensive play from scrimmage in the wishbone as a tribute to Royal.

Like any good leader, Royal understood what made people tick. Austin Statesman sportswriter Kirk Bohls says Royal “was direct, honest to a fault, even brutally candid at times about his own team.” Bohls recalled a time when Texas played in a bowl game after a disappointing 9-2 regular season that ended with a lackluster loss to Texas A&M. “As we were leaving a pre-game banquet,” Bohls writes, “I asked Darrell which team he liked in the upcoming game. Without hesitation, he answered, ‘The team that wants to be here.’” Washington 14, Texas 7.

After Royal retired, it took the Longhorns 35 years to win another national title, securing the crown in 2005.

To many, Darrell Royal was the next version of humorist Will Rogers. Here are a few Royalisms:

On changing its offensive scheme before a big game: You’ve gotta dance with who brung ya.

On maturity: When you get to the end zone, act like you’ve been there before.

On effort: God gives talent, size, speed. But a guy can control how hard he tries.

On strengths: He doesn’t have a lot of speed, but maybe Elizabeth Taylor can’t sing.

On Oklahoma Sooners running back Joe Washington: He’s smoother than smoke through a key hole

On breaks: Breaks balance out. The sun don’t shine on the same ol’ dog’s rear end every day.

On the 1969 national-title game against Arkansas: I was as nervous as a pig in a packing plant.

On calling for James Street’s game-changing pass on fourth down to Randy Peschel in the 1969 showdown against Arkansas: Sometimes you have to suck it up and call a number.

On coaching: I learned this about coaching: You don’t have to explain victory and you can’t explain defeat.

Darrell Royal brought a mixture of common sense, rock solid character and hard work to everything he did. He took the biggest of risks in the biggest of games and came out a winner more often than not.

Yet he was more than a coach who won a lot of football games. Darrell Royal changed lives.