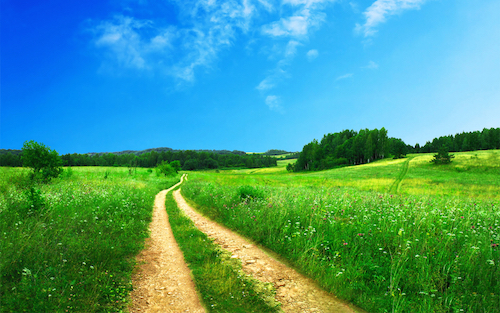 How to Be a Smart Leader

Spring is here, ushering in a new season of growth. Are you green and growing? Are you and your colleagues continuous learners? Are you taking the steps necessary to be smart leaders in today’s society?

The pace of change has never been faster…and will never again be as slow as it is today.

Research from the University of Southern California estimates the average person produces the equivalent of six newspaper pages of information every day, compared with one-third that amount 24 years ago.

It’s understandable if you’re drowning in the tidal wave of information that’s washing ashore in your business.

How do you rate the job you and your team are doing navigating the flood of information? Are you monitoring changes that could strangle your performance, or – worse yet – make your business model obsolete? Be on the alert for attitudes inside you’re organization that sound like, “We’ve always done it this way” and “That’s never been done before.”

Smart leaders take care not to underestimate the impact of any potential threat, no matter how seemingly insignificant. Smart leaders turn information into insight and then take action.

On May 9, 1864, General John Sedgwick had moved his Union troops into position near Spotsylvania, Virginia, and was inspecting the line of battle. The general’s chief of staff cautioned Sedgwick to avoid a particular area of the Union defenses, explaining that “every officer who has shown himself there has been hit, both yesterday and today.”

General Sedgwick said that there appeared to be no reason for him to be in that area, yet later found himself in that very location. As Confederate sharpshooters observed movement, they began to pepper the Union troops with rifle fire. General Sedgwick laughed and teased his soldiers as he watched them dodge the incoming bullets, saying, “They couldn’t hit an elephant at this distance.”

These words proved to be his last as yet another barrage of bullets came whistling into the Union positions, with one finding its mark, striking and instantly killing General John Sedgwick.

Begin in Your Backyard

The lesson is clear. Whether you’re running a large company or small business, you must be ready with fresh thinking and remain alert to changes that affect your organization.

You’re wise to look beyond your four walls at the competitive, political, regulatory, cultural, technological and financial changes that will make an impact on your business.

But before you do, look first inside your organization. What opportunities exist to make changes to processes, programs and people that are not delivering the results you expect?

For some leaders, making these decisions in isolation can be confusing or downright difficult. If so, consider a simple, inexpensive process that delivers tremendous results. I’ll share the process, but first, a quick story.

Three years ago, one of the groups of CEOs that I lead for Vistage International had gathered for its regular meeting. The host was given 30 minutes to present his business update. The CEO had told us month after month how great things were going. Pending acquisition. Move to a new building. Addition of new talent. Life was grand…or so we were told.

During his presentation, the CEO shared his financials. Imagine our surprise to see that sales were down. Expenses were up. Cash was tight. Yikes!

Was the CEO embarrassed to tell us the truth? Or were these problems blind spots? Who knows. Didn’t matter. The CEOs made a decision that day to trust but verify.

Here’s the verification process we use in my two CEO groups: Before a CEO is scheduled to host a meeting, four CEO peers visit the hosting CEO’s company. We call this process “A SWAT Team Visit” (i.e., Special Weapons and Tactics units) – not to be confused with a SWOT (Strengths, Weaknesses, Opportunities and Threats).

The SWAT Team members meet privately with the CEO’s employees without any boss being present. The SWAT Team asks questions, compares notes with one another, and, based on what they learn, makes recommendations to the CEO.

When we started the SWAT Team Visits, the process initially was viewed as the most feared day in the life of the CEOs because they realized that any masquerading on their part was about to come to an end once the SWAT Team completed its visit.

Now the process is considered the most valuable day because of the issues it confirms or uncovers, and because of the recommendations to capitalize on opportunities and fix problems based on feedback from a group of peers. It’s also a huge accountability tool.

You don’t have to belong to a Vistage group to gain the benefits of a SWAT Team experience. You simply need to find four non-competing business executives that you trust completely and whose only motives are for your success. If you enjoy those kinds of relationships and you can deploy them on a SWAT Team Visit, it’s better than free consulting.

Success Is a Choice

More times than not, the choice of continued success versus gradual decline is there for the leader to make. Smart leaders make the right choice.

All too often, today’s leaders – like the Union Army’s General Sedgwick – disregard warning signs, choose to look the other way or genuinely believe that their organizations are safe from change.

Sometimes, we kid ourselves.

Why can’t we learn our lessons? Bill Gates reminds us that, “Success is a lousy teacher. It seduces smart people into thinking they can’t lose. And it’s an unreliable guide to the future.”

Success is a choice. Are you green and growing?