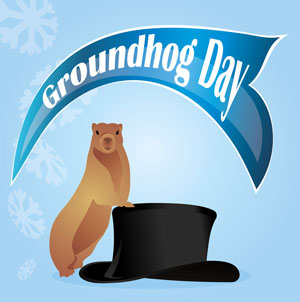 This Sunday is Groundhog Day.

It’s a custom begun in the 18th century among Pennsylvanians who brought this tradition from Germany: a groundhog that sees his shadow returns to his burrow for six more weeks of winter weather; a groundhog that pops out and stays out means we can anticipate an early spring.

The 1993 comedy film “Groundhog Day” stars Bill Murray as a selfish TV weatherman who is forced to relive the day over and over again until he can learn to become a better person.

Today, the phrase “Groundhog Day” has come to represent going through a phenomenon over and over until one spiritually transcends it.

As you look around your organization, what do you see? Has it improved to any significant degree from where it was one year ago? Or are you living your own version of “Groundhog Day” in your workplace?

Often, the answer is “not really.” The primary reason is the lack of movement toward a clearly defined dream.