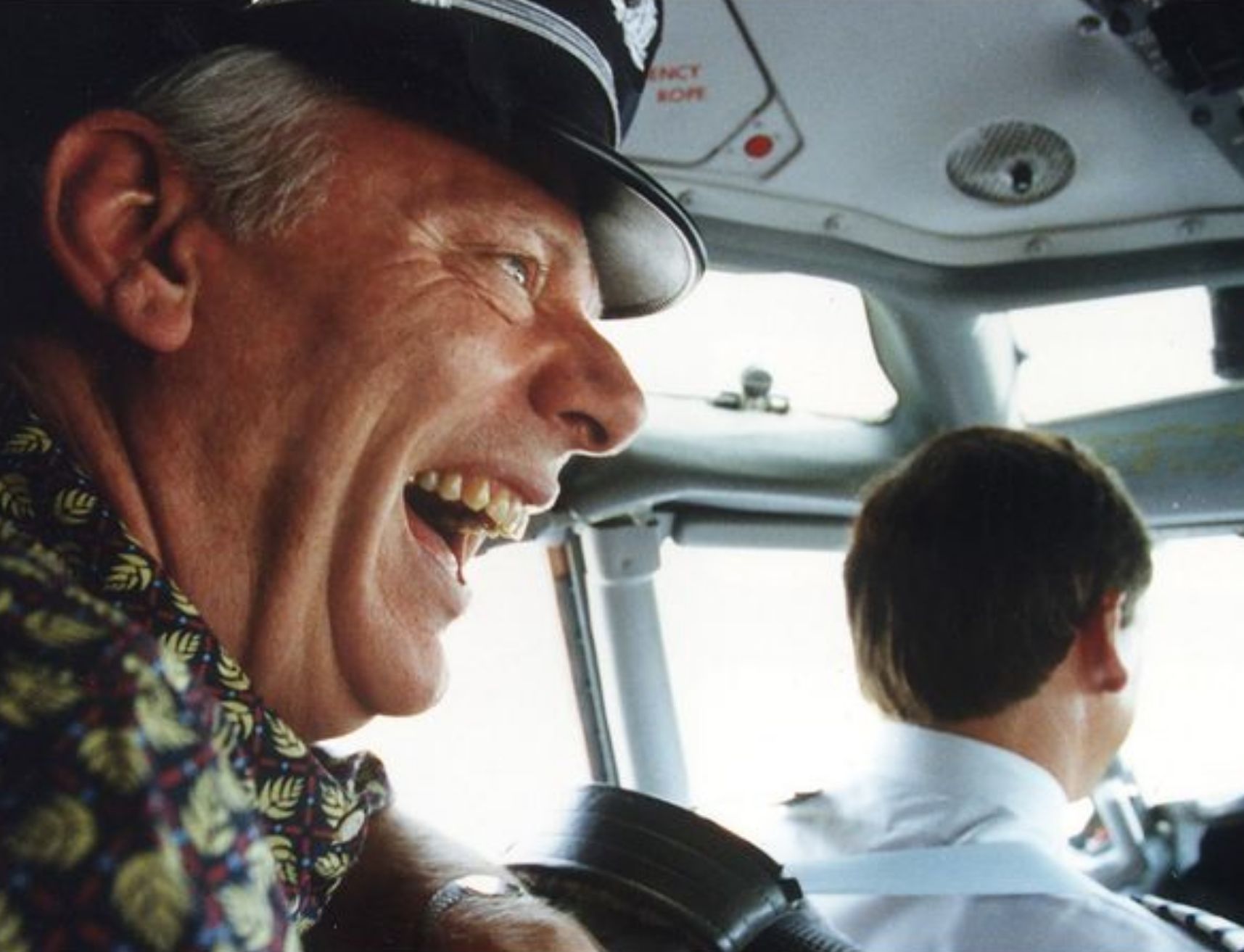 Herb Kelleher, the co-founder, CEO and Chairman Emeritus of Southwest Airlines passed away last Thursday at the age of 87. He was an admirable innovator and an exceptional leader that I, and many others, looked up to. I previously wrote about Kelleher in my book Accountability: The Key to Driving a High-Performance Culture and the excerpt can be read below:
“In the unlikely event of a water evacuation,” the Southwest Air­lines flight attendant announced to a plane filled with paying cus­tomers, “we’ll be handing out towels and drinks.”

The response by passengers to the flight attendant’s funny reading of dry federal aviation regulations was predictable: every­one laughed, chuckled, or smiled.

One passenger on board was in the habit of finding fault with everything the airline and its personnel did. She had become known as the Pen Pal at Southwest Airlines’ headquarters because she wrote the company on a regular basis.

Pen Pal didn’t like Southwest’s boarding procedure, not to mention the lack of a first-class section. She didn’t like the absence of meals on flights. And she certainly didn’t like humor related to the serious business of flying. To her, this crack about “drinks and towels” was another example of Southwest’s seemingly lax attitude. She fired off another letter to Southwest.

In the past, Pen Pal’s letters would be answered by Southwest’s terrific customer service folks, but this latest letter stumped them, so they sent it to then-CEO Herb Kelleher. Herb read the accom­panying note the customer service folks had attached to the com­plaint and in less than a minute made up his mind and wrote this response: Dear Mrs. [name], We will miss you. Love, Herb.

Herb’s decision—while quick—was not made lightly. His decision was entirely consistent with the airline’s character. Herb was simply acting on Southwest Airlines’ principles that were gal­vanized in the early days of the company’s struggle against big­ger competitors. These principles are codified in the mission of Southwest Airlines: “Dedication to the highest quality of customer service delivered with a sense of warmth, friendliness, individual pride and company spirit.” This mission is lived out every day by the 46,000 employees in the Southwest Airlines system, and it is part of what gives the airline its unique character. Working hard, having fun, and treating everyone with respect are what the airline calls “The Southwest Way.”

Most mission statements are a dime a dozen. We’ve all seen these impressive declarations that sound good but that are rarely lived out in the behavior of the people in the organization. It’s one thing to say you are committed to a particular belief or behavior; it’s another thing to believe it and live it. Your character, whether organizational or individual, is not what you say you are; it’s how you behave all the time. Words are cheap. Deeds matter. Especially, as Lincoln reminds us, when the stakes are high and your response reveals your character.

The behavior of the flight attendant who made the “drinks and towels” comment was in complete alignment with Southwest’s character that pledges a unique combination of “the highest qual­ity of customer service” delivered with “company spirit.” South­west Airlines employs a multistep employee screening process that probes to learn as much about a person’s character as it does their technical proficiency. So Herb could trust that the flight attendant and the customer service people had behaved in a manner con­sistent with the airline’s character. He also knew that his company could likely never do anything to please this customer, therefore he was willing to support his employees and focus his attention on those who flew Southwest precisely because of its spirit.

For a quick glimpse at other ways Southwest’s spirit shows up on a flight, check out this collection of flight attendant announce­ments I’ve collected as a passenger aboard their flights.

Although many myths, legends, and fables illustrate Southwest Airlines’ one-of-a-kind culture, the Pen Pal story you just read is true. Even if this story was just another tall Texas tale about a mav­erick airline, you would likely believe the events occurred simply because the conduct of flight attendants, gate agents, and baggage handlers, all the way up to the street-smart founder, is consistent with the behavior Southwest Airlines says it values, encourages, and rewards.

The bigger question is not whether this incident really hap­pened, it is How is your organization’s character revealed when a valued employee disappoints a paying customer?