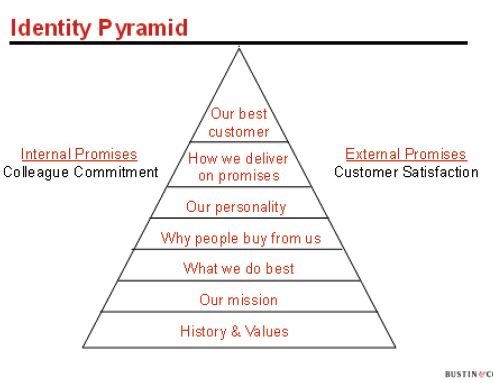 You probably know that the Roman god Janus is the origin of the month we call January.

And you’re likely aware that Janus was most often depicted with two faces looking in opposite directions because of his ability to look into the past and see into the future.

But did you know that Janus was frequently used to symbolize change and transitions such as the progression of the past into the future, of one vision to another, and of one condition to another?

It’s this notion of transitioning from one condition to another that I’ll address here.

In the past three years, I’ve been invited to lead 45 planning sessions for the leadership teams of companies of all sizes, ages and industries, including not-for-profit organizations. The CEOs of most of these companies are members of Vistage, the world’s largest CEO organization (www.vistage.com). And I’ve spoken throughout the U.S., Canada and Europe to hundreds more leaders that are eager to improve their effectiveness.

What I’ve observed is that most organizations are two-faced.

They constantly transition from one condition—the desired condition—to the actual, less-than-effective condition. You might even characterize this organizational behavior as schizophrenic. That’s because, like Janus, most organizations have one vision of the future that differs markedly from the reality of their day-to-day operations.

In the course of the exercise—which will take at least a couple of hours and sometimes as long as a half-day—we spend significant time examining how the organization delivers on its promises for organizational behavior change.

Every organization I’ve ever worked with—profit and not-for-profit— has cited the pursuit of customer satisfaction as one of the by-products of the organization’s ability to deliver on its promises. There’s often a “Whatever it takes” mindset that comes into play. That’s the promise you and your company make to your customers and prospective customers OUTSIDE the company.

Here’s the problem. Promises being made INSIDE the company— deadlines, commitments, agreements, in effect, spoken and sometimes written contracts that colleagues make to one another—are broken every day. If a missed deadline involves a customer, it means that you, one of your star players or a special group of team members must jump in and through some heroic effort deliver on the promise that’s been made to your customers.

Has this happened in your organization?

When it does, it’s an accountability issue. Somebody has dropped the ball somewhere. And when that type of behavior is allowed to continue, it becomes the default culture of your organization. This behavior must be called out and addressed during the planning process so that solutions can be developed and consequences—good and bad—can be established to reward the behavior you expect and penalize under-performance.

So if creating and sustaining a culture of accountability throughout the organization is important to you, you as a leader must be very clear about your expectations up and down the organization.

Start 2010 with a single-minded vision to treat promises made on the inside of your organization with the same regard as those made to customers on the outside. Don’t be two-faced.

This January 2010 bulletin prompted Dallas Morning News columnist Cheryl Hall to feature Greg Bustin in a January 20, 2010 business article; the bulletin is being re-distributed due to popular response.