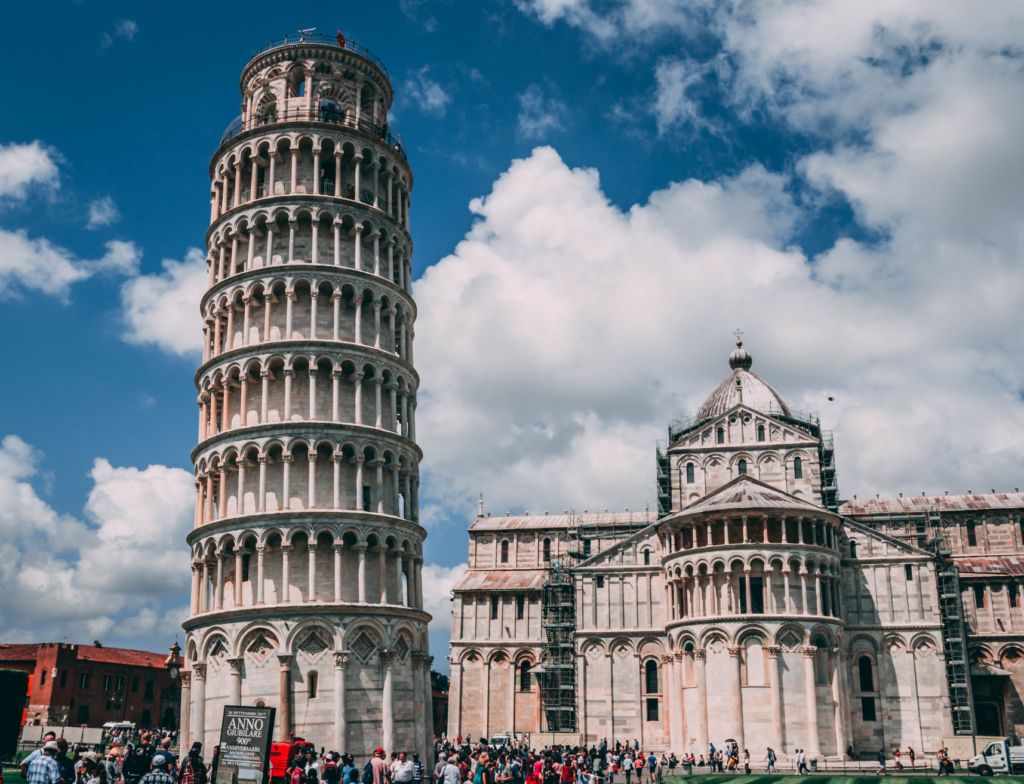 When Is a Little Too Much?

The period between Labor Day and Thanksgiving is often when leaders gather to affirm their organization’s strategies and establish operating plans for the coming year.

Most of those plans fail.

The Leaning Tower of Pisa in the Tuscany region of Central Italy is one of history’s most beautiful, most well-known and most spectacular planning failures.

Before gathering your leaders to construct next year’s plan, consider three reminders Pisa’s bell tower planners should have taken to heart:

1. Be clear about what constitutes success.
Construction on Pisa’s bell tower began 845 years ago in August 1173.

By 1178, as construction proceeded on subsequent floors, it became evident the architects and engineers had not accounted for the soft ground on the tower’s south side. This soil was unable to support the heavier load and a fluctuating water table on the tower’s north side caused the tower to begin to sink under its own weight.

Nevertheless, construction proceeded in patchwork fashion with engineers designing asymmetrical columns and arches to compensate for the problem. Unwilling to start over, they adjusted their view of success. While the engineers and architects managed to design and build a beautiful bell tower, their design compromises did little to mitigate the possibility of collapse.

Over time, the tower’s situation worsened. The seven bronze bells the tower was intended to showcase were removed to decrease weight.

The planning process allows you and your team to critique in a constructive manner your organization. Sustaining excellence may require you to “break it and then fix it,” because it’s likely that what worked before won’t work going forward. Whatever your goal, make certain it’s clear to everyone. Meanwhile, decide which activity demands excellence, and be comfortable with activity where “good enough” is acceptable.

When was the last time you surveyed your leadership team, your customers, prospects, vendors and employees to understand their perceptions of your organization’s performance?

By 1350, the tower was leaning 1.4 degrees. Engineers calculated the tower was sinking at a rate of about 0.05 inch per year. The foundational problems existed at the outset of construction and became magnified over time, growing to a misalignment in excess of 5 degrees. What started as a small problem became a 30-inch (76 centimeter) difference, prompting the removal of nearby buildings that would be crushed in the event of a catastrophic collapse.

Reminder: Alignment is one of the most significant outcomes of your planning process.

It’s vital that an organization’s senior leaders acknowledge and resolve real and perceived differences-no matter how small they may seem at the time. Alignment does not mean absence of conflict. Just the opposite. Authentic alignment is achieved only when conflict is encouraged, options for resolving the conflict are weighed, and a solution is reached that all leaders support. For healthy conflict to occur, leaders must trust each other. They must be able to talk openly and candidly about prob ­lems, fears, and controversy. Without trust, there’s no conflict. Without conflict there’s no change. Without change, improvement is nearly impossible. Lack of alignment among the leadership team will, at the least, hold back your organization and, at worst, kill it. So if alignment is absent following the planning process, it’s best to ask those who fundamentally disagree with you to move on then wish them well.  Because if senior leaders can’t agree on what’s to be done and how, by whom and by when, this lack of alignment will trickle down through your organization and dilute or even poison daily operations.

What is the meaty issue you and your team must openly discuss and reach agreement on in order to make the changes that will improve your performance?

3. Establish performance consequences.
The risk of collapse grew as the tower continued to sink. No solution worked.

In 1935, engineers attempted to seal the base of the tower by drilling a network of holes into the foundation and filling the holes with a cement grout mixture. This activity actually worsened the problem.

In 1990, when another Italian tower (the Civic Tower of Pavia) abruptly collapsed due to masonry degradation, Pisa’s city officials feared the worst for their tower.

Following a two-year study, a bold engineering plan was approved to save the tower-and the city’s huge tourism business. Ultimately, more than 1,382 cubic feet (38 cubic meters) of soil was removed totaling 70 metric tons and a cabling system was installed at a cost of more than $35 million. Cabling was an important process in this construction, that is why with upcoming projects these basics must be looked into to see how they can work by using a cabling company that suits the final plans created.

The time to set rewards and penalties is before you finalize your plan. You and your leadership team must consider the rewards-and it’s usually more than money (though money is important)-you will bestow to recognize the successful completion of a project or achievement of annual objectives. You must also consider how you will address those who-for whatever reason-consistently fail to perform as agreed. Minimize emotion and stick to the facts. Be sure rewards and penalties are implemented fairly and consistently (not necessarily equally).

What are the rewards that will motivate our colleagues, and what will be our response to under-performance?

Questions and controversy have swirled about the identity of the architect of the Leaning Tower of Pisa. Some say the ambiguity arises from the fact that no one wanted to be known for designing a flawed structure.

For better or worse, you and your team are the architects of your organization’s future and you will own the outcome of your planning session.

Asking Smart Questions Changes Everything     |     Do You Have the Right People in the Room?