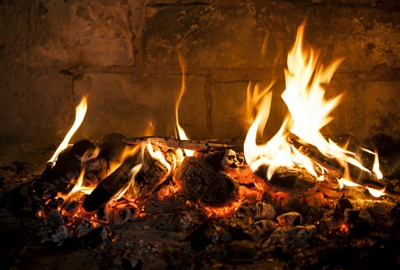 When No Words Say It Best: Silent Messages

We want it as affirmation, information, instruction and entertainment.

So we need to remember that more than 70% of communication has nothing to do with the words we speak. Our body language, tone of voice and intent are powerful forces that convey more meaning than our words. “Who you are,” wrote Ralph Waldo Emerson, “speaks so loudly I can’t hear what you’re saying.”

The year-end holiday season can be a time when harried leaders embrace the slow-down between Christmas and New Year’s Day to pause and reflect on what really matters. Self-aware leaders go a step farther. These leaders take time to think about their personal leadership style – especially their communication style – and consider ways to make sure that how they show up in the workplace brings out the best in those around them.

This short story by an unknown author speaks volumes about the power of forgetting the words and letting our actions do the talking.

A church member who previously attended services regularly stopped going. After a few weeks, the pastor decided to visit him.

The pastor made himself at home but said nothing. In the silence, he contemplated the dance of the flames around the burning logs. After some minutes, the pastor took the fire tongs, carefully picked up a brightly burning ember and placed it to one side of the hearth all alone.

Then he sat back in his chair, still silent. The host watched all this in quiet contemplation. As the one lone ember’s flame flickered and diminished, there was a momentary glow and then its fire was no more. Soon it was cold and dead.

Not a word had been spoken since the initial greeting. The pastor glanced at his watch and realized it was time to leave. He slowly stood up, picked up the cold ember and placed it back in the middle of the fire.

Immediately it began to glow, once more with the light and warmth of the burning coals around it. As the pastor reached the door to leave, his host said with a tear running down his cheek, “Thank you so much for your visit and especially for your silent sermon. I shall be back in church next Sunday.”

We live in a world today that tries to say too much. Consequently, few listen.

It was a chilly evening. The pastor found the man at home alone, sitting before a blazing fire. Guessing the reason for his pastor’s visit, the man welcomed him, led him to a comfortable chair near the fireplace and waited.

This short story, originally titled “The Silent Sermon,” reminds us that sometimes the best messages are the ones without words.

Don’t Be a Grinch | Vote for “Best and Worst in Accountability”     |     Personal Goal Setting: What Do I Really Want?