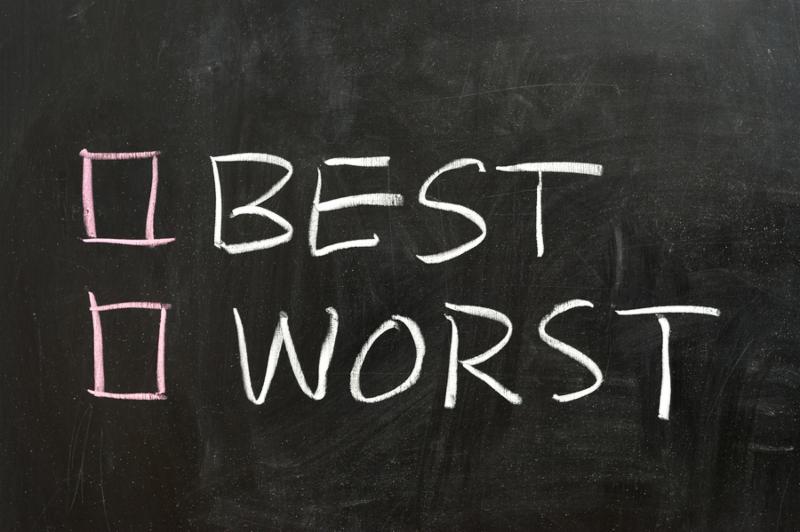 Voting participation increased by 23 percent with more than 500 executives responding. Voters had an opportunity to win one of 10 signed copies of Accountability, and those winning a book have been notified. While more than 75% of the participants are from the U.S., votes were cast by leaders in Australia, Canada, Germany, India, Malaysia, New Zealand and the United Kingdom. Thank you all for voting.

Voters were given this litmus test for accountability: Either we can count on someone who gives us their word, or we cannot.

So we admire and trust a leader who’s willing to make an unpopular decision if we’re convinced their judgment is guided by a moral compass, a compassionate heart and a thoughtful view of what’s best for the long-term greater good of those they serve.

The top-ranked organization in the 2015 accountability survey was REI, with 34% of all votes cast.

When REI CEO Jerry Stritzke announced the company would close all 143 of its stores on the year’s busiest shopping day, he put the company’s money where its mouth is. He demonstrated REI’s core values that have helped make this outdoor recreation outfitter one of the Best Places to Work since 1998.

Here are the rankings:

People at the top who make watered-down decisions, who make no decision at all, or who say one thing and then do another abdicate their responsibility. In so doing, they not only fail to fix the problem but lose our respect.

Several voters emailed saying they wanted to vote all of the nominees as “worst.”

Here, in reverse order—from least offensive to the biggest offender—are the rankings of the least accountable people and organizations of 2015:

In the latest turn of events, The New York Times reported Saturday that German privacy laws are making it difficult “to identify which employees knew about or sanctioned the deceptions.” VW Group’s new chief Matthias Müller has promised “maximum transparency” but, so far, the actions do not match the words.

Lack of Accountability Hurts Everyone

Based on hundreds of engagements and data I have collected over a seven-year period from more than 5,000 CEOs and key executives worldwide, the facts are clear: Most organizations are not as effective as they could be at getting things done.

And lack of accountability is a big reason why; often it’s the reason why.

When a person fails to deliver on a promise, everyone loses.

Accountability is Affection, Not Punishment

To give yourself, your colleagues and your organization the best chance to succeed, remember that accountability is not punishment. It’s a support system for winners.

Then follow these steps to create and sustain an organization where accountability matters.

Clear expectations must be established. When your purpose, expec­tations, and rewards are crystal clear, your employees will embrace accountability as a way to become even more suc­cessful. The opposite is also true: If you are not clear about everything—vision, values, objectives, strategy, rewards, and, yes, penalties—the likelihood of achieving your vision is slim.

Bad news does not improve with age. As soon as you see a problem, it’s best to address it immediately. Failure to speak frankly with the person about his or her perfor­mance means nothing will change.

It’s not personal. Yes, you’re talking with a person, but leave emotions and opinions behind. Stick to the facts, set a plan to get performance back on track, and communicate spe­cific consequences for underperformance. If under-performers require termination, do it professionally and allow them their dignity.

Personal Goal Setting: What Do I Really Want?     |     8 Questions to Ask Your Accountability Consultant