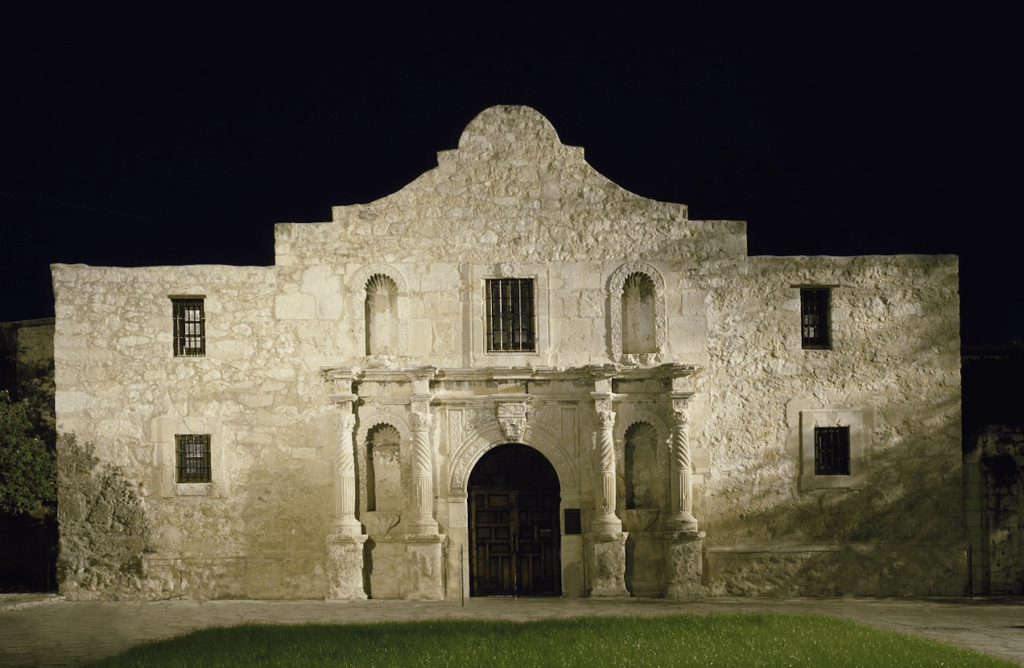 One Cause, One Line, One Victory

On 2 March 1836, delegates of the provincial government of Texas finally made a decision: declaring independence from Mexico.

While the vote for independence was significant, the Battle of the Alamo was the pivotal event in the Texas Revolution that— in spite of its failure, or perhaps because of it— captured the public’s imagination and inspired the young Texas army as it defeated a larger, battle-tested Mexican army six weeks later.

What moved people to join a cause where the odds were stacked overwhelmingly against them and the risk of failure meant death?

Most important for today’s leaders, with which of these people do you most identify?

Come and Take It

The Mexican government and American settlers in the Mexican province of Texas tolerated an uneasy relationship that deteriorated steadily from 1825 to 1835.

Texians were divided on their objective: independence from Mexico, or a return to a way life outlined in the Mexican Constitution of 1824? They all agreed, however, the Mexican government was growing increasingly oppressive. Meanwhile, wary of hostilities with the Texians, 100 Mexican soldiers were dispatched to Gonzales in September 1835 to reclaim a cannon given to the settlers by the Mexican government to repel Comanche attacks. The Texians refused to return the cannon and created a flag that made their stance clear.

The 2 October 1835 skirmish that ensued mattered little militarily. But it marked a clear break between the settlers and the Mexican government, ushering in the Texas Revolution. Exactly five months later, Texas declared its independence.

How clear to everyone are our objectives?

As the New Year dawned on 1836, all Mexican troops had been driven out of the province.

He was determined to reclaim Texas and stop the rebellion. The focal point of Santa Anna’s campaign was the Alamo mission situated near San Antonio de Bexar where 100 Texians were garrisoned. On 23 February 1836, Santa Anna marched 1,500 soldiers into San Antonio. He divided another 1,000 men to guard the routes out of San Antonio to Gonzales and Goliad as his first steps to retake Texas.

Aware of the growing peril, Lt. Col. William B. Travis wrote multiple letters from the Alamo appealing for reinforcements and supplies. The most famous of these, written 24 February, was labeled “Victory or Death” and was addressed To the People of Texas & All Americans in the World. The letter attracted fewer than 100 men to the Alamo, but inspired other men to join the Texas army and is considered a masterpiece of American patriotism.

The night before the Alamo fell, Travis gathered his men and explained the situation to his outnumbered men. Legend holds that Travis drew a line in the dirt with his sabre and asked those willing to die for the Texian cause to cross and stand alongside him. All of the men but one chose to stay and fight.

Do I know where my people stand in our cause?

The cannonade lasted until morning light.

Every defender— between 182 and 257 Texians— lost his life in a battle that lasted less than an hour.

Three weeks later, Col. James Fannin and his 344 men surrendered to Mexican troops in Goliad. Nearly all were executed under Santa Anna’s orders.

As news of the Alamo’s fall and the Goliad massacre spread, residents fled on foot, fearing the wrath of Santa Anna. Santa Anna calculated the deaths of the soldiers at the Alamo and Goliad would quell the resistance, but it had the opposite effect. Volunteers inspired by their fellow Texians’ courage expanded the ranks of the young Texas army to more than 1,400 men.

Do I know what inspires my colleagues?

Gen. Sam Houston realized his small army of ill-trained men were capable of just one battle. Amidst grumblings that he was a coward, Houston retreated 120 miles toward the Louisiana border. On 31 March, Houston camped at Groce’s Landing on the Brazos River and began two weeks of rigorous military training.

On 21 April, Houston’s army surprised Santa Anna’s forces at the Battle of San Jacinto. With cries of “Remember the Alamo” ringing in their ears, Mexican troops were routed in a battle that lasted just 18 minutes.

With which person do you identify?

Col. William B. Travis— The commander of the Alamo found himself in Texas outrunning debts and jail. But the 26 year-old commander distinguished himself as a military leader who inspired his men and won battles. At the Alamo, Travis paid the ultimate price for his belief in the cause of freedom.

Gen. Santa Anna— His desire to win at all costs prompted this skilled soldier to make bad decisions that eventually cost Mexico Texas. On his march to the Alamo, Santa Anna conscripted derelicts and ex-convicts. He reportedly told an officer the Battle of the Alamo “was but a small affair,” who replied that “with another such victory as this, we’ll go to the devil,” having lost one-third of his army (600 soldiers) to win the battle. Unwilling to listen to others and complacent from this victory, Santa Anna’s army was surprised and routed six weeks later.

Susannah Dickinson— The wife of Captain Almaron Dickinson was one of a few Alamo non-combatants whose life was spared. Recognizing her intelligence, Santa Anna forced her to identify the bodies. He was persuaded to set her free. Dickinson confirmed that Travis gave his men the option of escaping or staying, fighting and dying for the cause. And she reported the strength and savagery of the Mexican army to Sam Houston, which inspired his troops. Every saga needs a storyteller.

Gen. Sam Houston— A principled yet practical man, Sam Houston signed the Texas Declaration of Independence on his 43rd birthday. As the leader of the fledgling Texas army, he knew when to retreat, when to train and when to attack. His timely decision-making brought Texas victory and independence. He was elected the first president of the Republic of Texas.

Remember your role! Remember the Alamo!