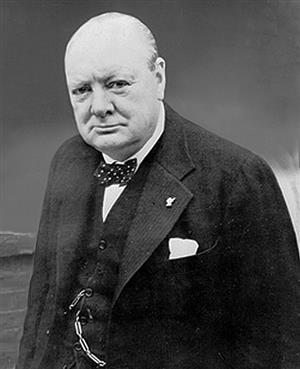 Words—whether read by the eye or heard by the ear—are tools leaders use to create impressions that console, educate, influence and inspire.

Thomas Jefferson singlehandedly wrote over a weekend the first draft of the Declaration of Independence, a one-page marvel. George Washington accepted a second term as America’s president in an inaugural speech of just 136 words, the shortest ever given. And in slightly more than two minutes, Abraham Lincoln reminded America of what Jefferson had written and what Washington had fought for when he spoke at Gettysburg.

Technological advances have helped leaders reach more people. The Gutenberg press brought the Bible out of churches and into homes. Newspapers gave birth to columnists like H.L. Mencken, considered one of the most influential journalists of the early 20th century for his satirical skewering of politicians (“Democracy is the art and science of running the circus from a monkey cage.”) Radio enabled King George V (father of King George VI) to deliver the first Royal Christmas Message (written by Rudyard Kipling) in 1932, speaking just 240 words and reaching more than 20 million people.

As strategic planning season approaches, CEOs would be wise to look afresh at their vision for their companies. Employees know generally what’s supposed to be happening, but my experience working with dozens of leadership teams each year is that the specifics necessary to make the vision a reality are often fuzzy, contradictory or missing.

Top leaders can use a strategic planning session to articulate a crystal clear vision that’s simple to understand and inspiring to their team.

Churchill’s Speeches: A War of Words

Churchill overcame a childhood stutter and, in the 1930s, political abandonment.

Upon being made Prime Minister (PM) in May 1940, Churchill overcame a divided Parliament comprised of politicians who wanted Great Britain to seek peace with Hitler. Churchill viewed Hitler as a “monster of wickedness,” and the PM’s vision, conviction and eloquence galvanized a nation.

This summer marks the 75th anniversary of Churchill’s speeches delivered as the Nazis mounted their most serious threat.

Notice the structure and words fueling these speeches. Following are excerpts plus links to the full texts.

I say to the House as I said to ministers who have joined this government, I have nothing to offer but blood, toil, tears, and sweat. We have before us an ordeal of the most grievous kind. We have before us many, many months of struggle and suffering.

You ask, what is our policy? I say it is to wage war by land, sea, and air. War with all our might and with all the strength God has given us, and to wage war against a monstrous tyranny never surpassed in the dark and lamentable catalogue of human crime. That is our policy.

You ask, what is our aim? I can answer in one word. It is victory. Victory at all costs. Victory in spite of all terrors. Victory however long and hard the road may be, for without victory there is no survival.

By June 4, 1940, France was near surrender, and Britain had evacuated nearly 200,000 men from Dunkirk, averting a catastrophe of colossal proportion. After speaking bluntly about the loss of men, equipment and valuable natural resources, Churchill encouraged his countrymen to stand fast:

I have myself full confidence that if all do their duty and if the best arrangements are made, as they are being made, we shall prove ourselves once again able to defend our island home, ride out the storms of war, outlive the menace of tyranny, if necessary, for years, if necessary, alone.

At any rate, that is what we are going to try to do. That is the resolve of His Majesty’s Government, every man of them. That is the will of Parliament and the nation. The British Empire and the French Republic, linked together in their cause and their need, will defend to the death their native soils, aiding each other like good comrades to the utmost of their strength, even though a large tract of Europe and many old and famous States have fallen or may fall into the grip of the Gestapo and all the odious apparatus of Nazi rule.

We shall not flag nor fail. We shall go on to the end. We shall fight in France and on the seas and oceans; we shall fight with growing confidence and growing strength in the air. We shall defend our island whatever the cost may be; we shall fight on beaches, landing grounds, in fields, in streets and on the hills. We shall never surrender and even if, which I do not for the moment believe, this island or a large part of it were subjugated and starving, then our empire beyond the seas, armed and guarded by the British Fleet, will carry on the struggle until in God’s good time the New World with all its power and might, sets forth to the liberation and rescue of the Old.

The Battle of France is over. I expect that the Battle of Britain is about to begin. Upon this battle depends the survival of Christian civilization. Upon it depends our own British life, and the long continuity of our institutions and our Empire. The whole fury and might of the enemy must very soon be turned on us. Hitler knows that he will have to break us in this island or lose the war. If we can stand up to him, all Europe may be free and the life of the world may move forward into broad, sunlit uplands. But if we fail, then the whole world, including the United States, including all that we have known and cared for, will sink into the abyss of a new Dark Age made more sinister, and perhaps more protracted, by the lights of perverted science. Let us therefore brace ourselves to our duties and so bear ourselves that, if the British Empire and its Commonwealth last for a thousand years, men will still say, ‘This was their finest hour.’

As the Battle of Britain reached its climax on August 20, 1940, Churchill praised the bravery of the RAF pilots:

The gratitude of every home in our Island, in our Empire, and indeed throughout the world, except in the abodes of the guilty, goes out to the British airmen who, undaunted by odds, unwearied in their constant challenge and mortal danger, are turning the tide of the World War by their prowess and by their devotion. Never in the field of human conflict was so much owed by so many to so few.

So the next time you address your troops, consider your words. You needn’t give a speech worthy of Churchill, but you owe it to your colleagues to articulate a vision that gives them something to cheer for.

Danger at the Top     |     The Seven Pillars of Accountability