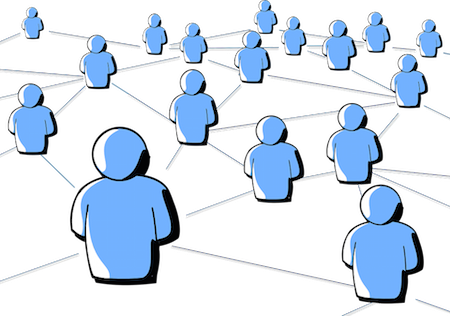 Kinda, Sorta, So and Umm

In college, I played drums in a jazz band numbering some 20 musicians.
The leader – Dick Goodwin, a highly regarded music professor, well-traveled musician and a very cool guy – had few rules for us.

His most important rule was this: “We start together and we stop together. There’s lots of room in between for experimentation, improvisation and even mistakes. So when you make a mistake during a performance, keep going. Most important, we must always start and stop together. Otherwise people will think we’re not entirely sure of what we’re doing. Which,” he added with a smile, “we’re not always.”
Pretty good advice for leaders.

Just because you’re a leader doesn’t mean you have all the answers all the time. And of course not all of your answers and decisions turn out to be correct.
That’s okay. Mistakes are going to happen. “If you’re not making mistakes,” said coaching legend Vince Lombardi, “you’re not trying hard enough.”

So let’s not focus on data gathering, analysis, decision-making or even the mistakes that are the inevitable by-products of any leader’s decisions.

Think Before You Speak
Every month, I lead all-day advisory boards for executives that run small and medium-sized non-competing businesses. Currently, there are 44 men and women in three separate all-day groups I chair for Vistage International, the world ‘s largest CEO membership organization (http://www.Vistage.com).

Additionally, I’m invited by other Vistage Chairs to speak to their groups about strategic planning and accountability. I speak an average of four times each month for Vistage groups throughout the U.S. and Canada, and it was gratifying to be invited to England and Wales to conduct six of these workshops in April.

The point is that I’m in close contact every month with more than 100 leaders who are trying to get their respective teams to believe in a plan and then execute it with confidence.

Whether I’m in Calgary or Cardiff, Coventry or California, I marvel as leaders hem and haw to express themselves confidently and concisely.

At the start of these monthly group meetings, every executive provides a two- to three-minute update on significant events in their personal or business life in the last 30 days since being together as a group. When called upon, these executives invariably begin their updates with, “Ummm…”
Here’s what it sounds like (with names changed to protect the guilty):

Meeting host: Ann, please fill us in on what’s been happening in your business since we last saw you.
Ann: Ummm…things are going really nicely…

Meeting host: Bill, please tell the speaker a bit about yourself and your business.
Bill: Ummm…I’ve been running this company for the last five years…

It’s as if these leaders are traveling down a verbal runway to allow their statement to gather speed before taking flight. Few can manage their updates in the allotted time.

During presentations and conversations among executives, I observe a different pattern.

People seem to hedge their bets as they talk. Are they not confident about what they’re saying? Do they fear being contradicted? Are they concerned about being embarrased for being the only one with a particular thought? Or for possibly being wrong? Or do they not hear what they’re saying and how they sound?

Whatever the case, the delivery does not demonstrate conviction or inspire confidence.

Here’s a sampling:
“This graph kinda shows our revenue and profit performance…”
“What I want to know is kinda how to resolve this issue…”
“That’s sort of the plan…”
“We’ve kinda failed at communications…”
“We’ve sorta talked about it…”

What’s going on here?
What’s certain is this: The way a leader communicates provides a model of the accepted behavior for an entire organization.

If the poor start at the beginning and hedging in the middle of a statement aren’t enough to cause a measure of doubt, there’s also what I call the “trailing so…”

You’ve probably experienced it. Someone is talking and ends their statement with a “so” that trails their last sentence and hangs in the air attached to absolutely nothing.

This pattern generally follows an extended comment — sometimes an uncomfortable exchange between two people — and the “so” is tacked on as an implied conclusion that may signal a lack of confidence delivering a difficult piece of news or simply intellectual laziness.

“When we selected you as a supplier for this project, we were clear about our expectations. I’m sorry to say that you didn’t measure up. We counted on you having the material to us by our deadline, but you were three days late getting us what we needed. So…”

So what? So…you’re not going to pay the supplier in full? So…you’re never going to use them again? So…you’re going to call their boss and tell them how disappointed you are? So…you’re expecting the other person to finish your thought? So what? What thought is being unexpressed by the “trailling so”?

Why can’t we say what we mean and mean what we say? One of the most effective communication tips I can offer is to eliminate these useless umms, kindas, and sortas from your speaking.

Speak (and Act) Like a Leader
You recall that less than 30 percent of communications is verbal.

So while you’re stuttering and stammering around, your colleagues aren’t just listening, they’re also watching you.

Think about how you’re showing up.

It’s not difficult to do when you think before you speak.

President Franklin D. Roosevelt suffered from crippling polio yet managed to lead a nation through World War II, convincing Americans that “we have nothing to fear but fear itself.”

We could all benefit from FDR’s advice about speaking publicly: “Be sincere, be brief, be seated.”