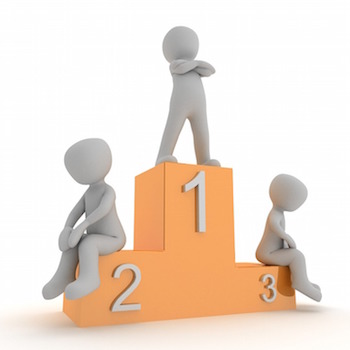 Company Culture: How to Start Winning

As the NBA Finals unfolded six weeks ago, bringing in enormous crowds and thousands of people watching on the ESPN network (view the source here the viewing statistics), the Dallas Mavericks claimed the title from the Dallas Cowboys as “America’s Team.”

It seemed basketball fans everywhere – except in Florida – wanted the Mavs to win.

The reasons the Mavs captured the hearts of so many have been discussed at length.

When the Mavericks won the NBA championship over the super-star-studded Miami Heat, basketball purists hailed it as a victory for teams that understand there are few shortcuts to winning.

There’s no question you’ve got to have talent to win. In sports. In business.

Yet it takes more than talent to win.

How did a bunch of old guys and cast-offs beat a team loaded with so much All-Pro talent?

Winning: More than talent
In 2003, the Florida Marlins won the World Series, beating the heavily favored (and heavily payrolled) New York Yankees in six games. The Marlins did it the hard way, finishing division play as a Wild Card winner to advance to the big game. In preparing for their season, the Marlins brought in proven veterans Ivan “Pudge” Rodriguez and Juan Pierre. Along the way, the team overcame injuries, long losing streaks that placed them in the cellar of the National League, and an ineffective manager. Things got so bad the Marlins fired their manager mid-season and hired Jack McKeon – a fiery, no-nonsense 72-year-old – who managed the team back from a below-.500 record. McKeon called his players “gamers,” and said their “smart play” and “unselfish” approach to the game made the difference in winning it all.

Underdogs prevailed again in the 2007 football season when the New York Giants became only the fifth wild card team in the Super Bowl’s 47-year history to be crowned champions. Their success stunned the fantasy football world too. No one could quite believe it. The Giants had only one Pro Bowl player on their team (Osi Umenyiora), the fewest ever among Super Bowl champions. To win it all, the Giants overcame injuries, deficits in all of their post-season victories, and they beat teams in the post-season that they’d lost to in the regular season and were expected to lose to again (Dallas Cowboys, Green Bay Packers and the New England Patriots). Betting on football can be a tricky game, some people succeed at it and others don’t. There is more here on how gambling can change your life. Coach Tom Coughlin focused on winning games and preached an approach of “great effort, outstanding preparation, and being the very best that you can be.” Said Coughlin: “If you are as good as you can possibly be, the rest of that stuff will take care of itself.”

Winning takes more than talent, whether that be through Online sports betting or through the games themselves. Notre Dame’s legendary football coach Knute Rocke said, “The secret is to work less as individuals and more as a team. As a coach, I play not my eleven best but my best eleven.”

With an NBA lockout now in place, who knows when professional basketball will next be played.

For now, let’s look back at the significant components of the Mavs’ championship season:

Not surprisingly, the components of the Mavs’ championship season are similar to those of other unlikely champions.

What components of your team’s game need attention to get everyone playing like a champion?