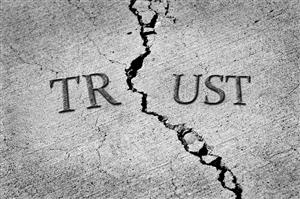 New England Patriots, the VA and a Bias of Mistrust

Most of us know the New England Patriots are suspected of deflating game balls used by their team in the AFC Championship game, thereby making the ball easier to throw and catch, and giving the Patriots an unfair advantage over their opponent.

Time will tell what happens. In the meantime, the New England Patriots no longer get the benefit of the doubt because of a reputation for cheating that dates back to 2004.

The Veteran’s Health Administration (VA) earned the dubious honor of the “Worst” in accountability in the 2014 Bustin & Co. Accountability Appraisal. Their shoddy management resulted in the confirmed deaths of at least 40 veterans.

Over time, such performance can be traced to an organization’s culture and causes us to view the Patriots and the VA with a bias of mistrust.

Character is who we say we are. Reputation is how others see us.

How are those inside and outside your organization seeing you?