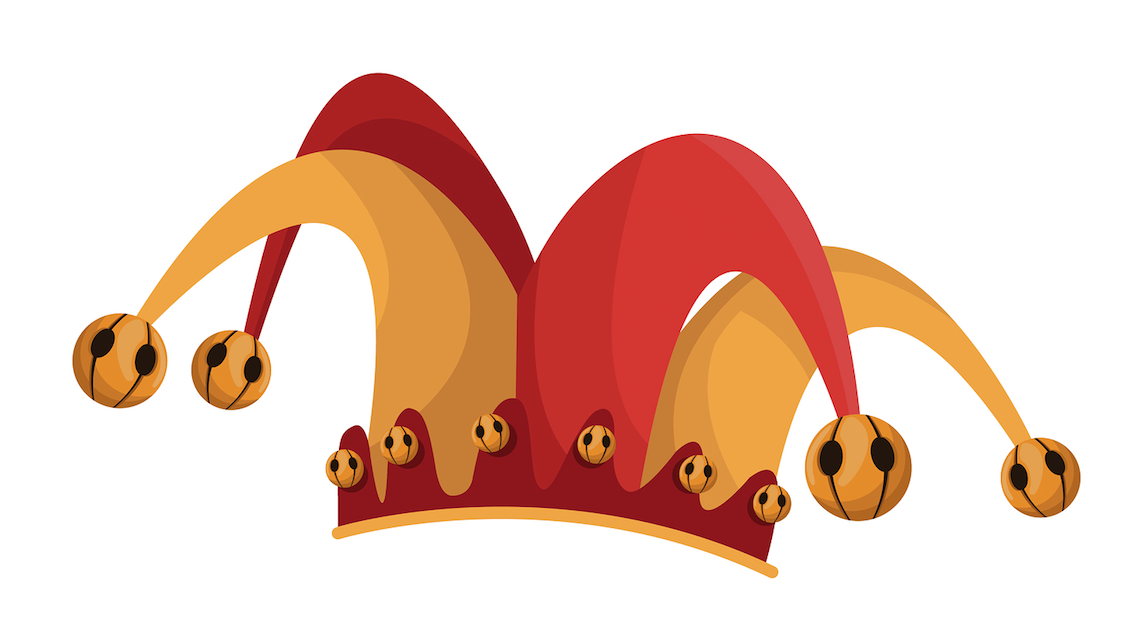 No Fooling: The Importance of Humor in the Workplace

Just because April Fool’s Day has come and gone doesn’t mean we should relegate fun, humor and practical jokes to a single day each year.

Humor in the workplace has never been more important.

The 24/7 Internet cycle and demands of a globally connected marketplace where projects are expected to be completed on time, on budget and with little margin for error can create a pressure cooker environment.

This pressure eventually must be relieved. Humor can help.

“Laughter gives us distance,” says comedian Bob Newhart. “It allows us to step back from an event, deal with it and then move on.”

Read more about tips for using humor in the workplace plus some amusing one-liners.

The first day of April is one of the most light-hearted days of the year, yet it stems from a serious subject: the adoption of a new calendar.

Ancient cultures celebrated New Year’s Day on April 1 because the day closely follows the vernal equinox (March 20 or 21). In medieval times, much of Europe celebrated March 25, the Feast of Annunciation, as the beginning of a new year.

When Pope Gregory XIII ordered a new calendar to replace the old Julian calendar in 1582, the new calendar called for New Year’s Day to be celebrated January 1.

Communication traveled slowly in those days so news of the change reached some people years later. Still others, who were more rebellious, refused to acknowledge the change and continued to celebrate on the last day of the former celebration, April 1. Some European countries held out for centuries: Scotland until 1660; Germany, Denmark and Norway until 1700; England until 1752.

These people—both the slow and the rebellious—were labeled “fools” by the general populace. These “fools” were ridiculed, sent on “fools’ errands,” given invitations to nonexistent parties, and had other practical jokes played upon them.

Humor Then, Now and Never

We all enjoy a good laugh.

Medieval kings and queens loved to laugh, too.

During the Renaissance, the court jester had become a familiar figure among the royal court. These performers were licensed by monarchs to provide entertainment and given leeway to criticize or speak truth to people in power, including their noble employers. Humor helped to soften the blow.

In Shakespeare’s King Lear, the fool is the king’s loyal and honest companion. He’s the only person able—under the façade of humor—to point out the king’s faults. Even with laughs, medieval jokesters could go too far, as when King Lear threatens to have his fool whipped.

“There’s a thin line,” said comedian Richard Pryor, “between to laugh with and to laugh at.”

Modern-day jesters also must be aware of this line.

Last week, Google appears to have crossed the line with a practical joke that backfired. Google’s April Fool’s Day gag was to create a GIF (Graphics Interchange Format) that prompted a number of Gmail users to unwittingly insert GIFs into important communications and, as a result, fear they were losing their jobs.

Now as then, a prank or comment that hurts or harms somebody else is not very funny.

Never use humor at someone else’s expense.

Sarcasm falls into this category.

If you’ve found yourself on the receiving end of sarcasm you have insight into the origins of the word. “Sarcasm” can be traced to the Greek verb sarkazein, which initially meant “to tear flesh like a dog.” “Sarkazein” eventually came to mean “to sneer,” which led to the Greek noun sarkasmos, (“a sneering or hurtful remark”).

“Everything is funny,” said Will Rogers, “as long as it’s happening to somebody else.”

The right kind of humor is good for us.

Laughing matters more than ever, and The Mayo Clinic reports that laughter can:

It’s no joke. Humor in the workplace can help leaders:

You don’t have to be a stand-up comic to be humorous or even witty. Just be authentic. Be observant. Connect the dots, then bring your unique perspective to others with a smile.

Life is all about perspective. The sinking of the Titanic was a miracle to the lobsters in the ship’s kitchen.

“No matter what people tell you,” said Robin Williams, “words and ideas can change the world.”

Here are a few bon mots from comedians past and present that I hope will bring a smile to your lips and inspire your inner Robin Williams:

“When I was born, I was so ugly the doctor slapped my mother.” Rodney Dangerfield
“I’ve got the brain of a four year old. I’ll bet he was glad to be rid of it.” Groucho Marx
“If your eyes hurt after drinking coffee, try taking the spoon out.” Norm Crosby
“Start every day off with a smile and get it over with.” W.C. Fields
“Some people see things that are and ask, ‘Why?’ Some people dream of things that never were and ask, ‘Why not?’ Some people have to go to work and don’t have time for all that.” George Carlin
“The secret of staying young is to live honestly, eat slowly, and lie about your age.” Lucille Ball
“God put me on this earth to accomplish a certain number of things. I’m so far behind I will never die.” Bill Watterson
“If God wanted us to vote, he would have given us candidates.” Jay Leno
“If stupidity got us into this mess, then why can’t it get us out?” Will Rogers
“Carpe per diem – seize the check.” Robin Williams
“If you think nobody cares about you, try missing a couple of payments.” Steven Wright
“I’m on the patch right now. Where it releases small dosages of approval until I no longer crave it, and then I’m gonna rip it off.” Ellen DeGeneres
“The trouble with the rat race is that even if you win, you’re still a rat.” Lily Tomlin

The month of April reminds us of the power of humor.

Or, in the words of Mark Twain: “The first of April is the day we remember what we are the other 364 days of the year.”

Et Tu, Brute? The Ides of March, Caesar and You     |     Three Timeless Lessons for Leaders and a Backyard Miracle