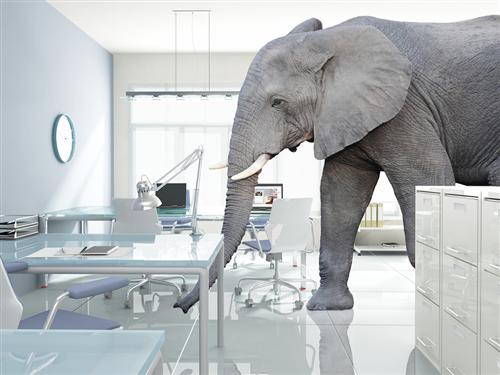 No More Elephant in the Room

Last week Ringling Bros. and Barnum & Bailey announced live elephants will no longer be included in circus performances starting in 2018.

The company called the decision “unprecedented” and in the “best interest of our company, our elephants and our customers.”

The company created a Center for Elephant Conservation in 1995 and maintained the animals were well cared for, but in the end, there were just too many lawsuits, protests and distractions.

The elephants under the Big Top had become the elephant in the room.

What’s your elephant in the room that’s getting in the way of your performance? What are you going to do about it?