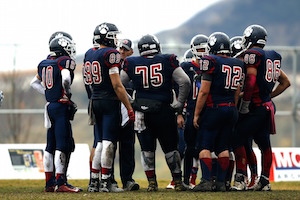 On October 8, 2007, future Hall of Fame coach Bill Parcells unveiled to a national audience, tuned in to watch the Dallas Cowboys play the Buffalo Bills, a list of rules quarterbacks must follow if they want to be successful in the National Football League.

Parcells’ rules – particularly Rule #9 – proved prophetic that Monday night as the Cowboys overcame quarterback Tony Romo’s five interceptions, a lost fumble and an eight-point deficit with 3:45 minutes in the game to win 25 – 24 in the final seconds.

CEOs are the quarterbacks of their team. Whether you’re a veteran performer or a new leader – as Romo was at the time – these 11 rules for CEOs could be helpful as you lead your team back from the worst recession in 80 years. The rules are Parcells’. The interpretations are mine.

Bill Parcells knows a thing or two about getting people to work together toward a common goal. That’s the value of strategic planning sessions. Planning sessions are the training camp for you and your players to develop your game plan for the year ahead. With profound changes rocking the world, make sure you’re ready for 2011.

Do you know how you and your team will win in 2011? Maybe these rules for CEOs can help you get there.