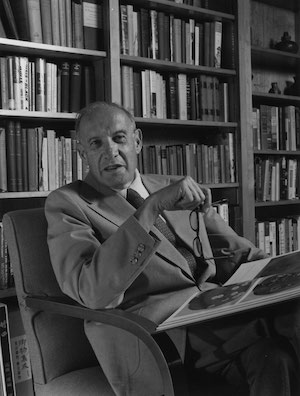 The Legacy of Peter Drucker

We celebrate the birthday of Peter Drucker this month.

Born November 19, 1909, in Vienna, Drucker is considered the father of modern management because his insights and pioneering ideas transformed the way we conduct business.

Drucker’s 38 books have been translated into more than 30 languages, showcasing thinking that’s as fresh and powerful today as it was when his first book was published in 1939.

Peter Drucker – A Man of Firsts

Drucker considered himself a “social ecologist,” and his interest in people led him to powerful conclusions that poked holes in conventional wisdom. Here’s a sampling – all firsts:

“The world knows he was the greatest management thinker of the last century,” said Jack Welch, former chairman of General Electric Co., upon Drucker’s death November 11, 2005.

It’s said that “It is not the answer that enlightens, but the question.”
Drucker was a master at posing the deceptively simple question that could unlock potential.

Early in Jack Welch’s new role as CEO of GE, he invited Drucker to the company’s headquarters. Drucker posed two questions to Welch that shaped the CEO’s long-term strategy: “If you weren’t already in a business, would you enter it today?” Drucker asked Welch. “And if the answer is ‘No,’ what are you going to do about it?”

These two simple questions prompted Welch to insist that every GE business had to be either No. 1 or No. 2 in its class. If they were not, the business was fixed, sold or closed. The strategy that transformed GE into one of the most successful American corporations of the past 25 years started with two questions posed by Drucker.

In his book The Five Most Important Questions You Will Ever Ask About Your Organization, Drucker wrote that “answering simple questions requires us to make stark and honest – and sometimes painful – self-assessments. Answers are important; you need answers because you need action. But the most important thing is to ask these questions.”

How do you answer these questions?

Peter Drucker’s legacy is profound, broad and relevant for today’s leaders wrestling with change and uncertainty.
Consider these gems from Drucker – each a revolutionary thought then and now:

“The best way to predict the future is to create it.”

“The purpose of business is to create and keep a customer.”

“Most of what we call management consists of making it difficult for people to get their work done.”

“There is nothing so useless as doing efficiently that which should not be done at all.”

“You can only manage what you can measure.”

“What everybody knows is frequently wrong.”

“Do not simply cling to your past successes; be willing to change, adopt new ideas and continually review all the different segments of business.”

“Whenever you see a successful business, someone made a courageous decision.”

“A leader, any leader, must act for the benefit of others and not for oneself.”

If you own one of Drucker’s books, now would be a good time to re-read it.

If you don’t own one of Drucker’s books, now would be a good time to buy one and read it.

In times of uncertainty, it’s wise to apply the fundamentals. Peter Drucker’s fundamental approach to business continues to bring out the best in leaders.