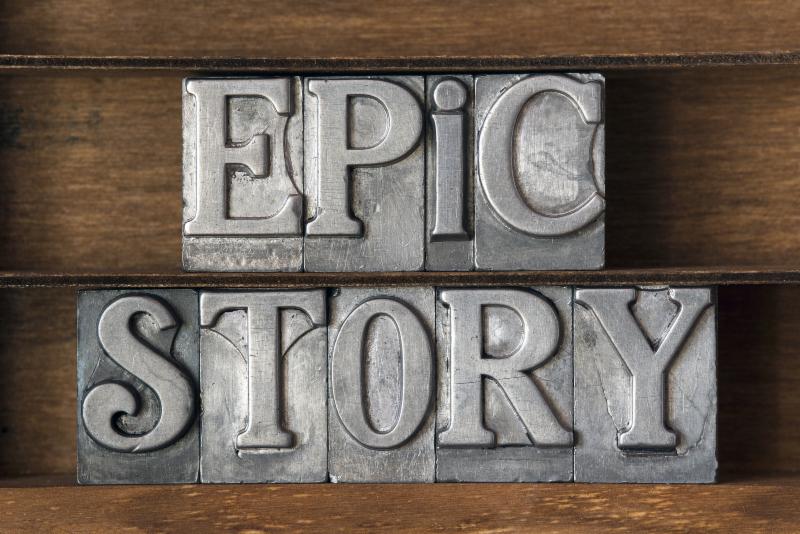 When successful companies are profiled, the logical question to ask years later is, “How are they doing today?”

In “Accountability” I profiled two dozen companies and their leaders whose commitment to high performance placed them in the top quartile of their industry, including The Delta Companies and CEO Jeff Bowling. Here’s a quick update on the company and the inside story of how their leaders achieved an epic goal.

Bowling started his business in 1997 with a passion for finding a better way to provide healthcare staffing and a great environment for employees.

When I first met Jeff in 2004, his bold vision for the company seemed unachievable.

Straight from the Source – Jeff Discusses His Vision

Yet Jeff’s vision was already becoming a reality. The Delta Companies had assembled its leadership team, fine-tuned its strategy, and repaid its start-up debt.

The Delta Companies’ compound annual growth rate achieved 58% year over year for the next six years. Employee headcount grew from 25 people to 250. Leaders were managing the kinds of growing pains every 90 days that most fast-growing companies managed in a year. “Reinventing yourself at that kind of pace,” says Bowling, “is tough.”

Tough, but doable. The leaders’ agility and determination took the company to even greater heights.

But when the worldwide recession of 2009 collided with the company’s hyper growth, things got bad fast. Growth slowed, margins shrank and cash was tight.

Would the high-flying company driven by an aggressive sales culture come crashing back to earth?

A New Plan Energizes the Vision

Bowling’s team sized up the situation and made tough decisions such as refusing to accept private equity money.

Bowling realized the firm now needed a new long-term plan to help steer The Delta Companies back to his original bold vision.

In 2011, Bowling invited me to lead a three-day strategic planning session in Florida with his leadership team. An inch-thick briefing book was prepared containing financials, customer and employee survey results, and a recap of the firm’s key decisions and performance over the past seven years. This preparation proved to be instrumental to the outcome of the planning session.

The leadership team convened every morning at 7 a.m., worked through lunch, then continued discussions informally while fishing together off the Florida coast. It was a potent mix of intense discussions, authentic camaraderie and—ultimately—game-changing decisions.

By the third day, company leaders had affirmed the company’s vision, purpose and values. “We established a vocabulary that allowed people to fully understand who we were and where we were going,” says Bowling.

The leaders also agreed to a shift in the strategy that guided the firm’s direction for the next five years.

“We always knew we would become more balanced between growth and profitability,” says Bowling, “we just didn’t plan on doing it during the worst business environment since the Great Depression.”

The company continued its profitable growth and was acquired by global conglomerate Mitsui & Co. in February 2014. As the acquisition was completed, performance fell well below growth and profitability projections. It was time to recalibrate and get back on course.

The folks at The Delta Companies are extremely resilient. Beyond their commitment to Mitsui to hit their four-year plan, the leaders shared a characteristic common to all high-performing teams: keeping their commitments to each other.

The team faced a daunting task. The targets were aggressive before the 2014 setback. Now the challenge was twice as hard. Was it even possible to achieve these goals? Bowling sized up his team, did the math and believed the goal was not only possible, it was probable. Bowling believed in his people.

In November 2014 Bowling traveled to Tokyo to present his plan for achieving the goal to Mitsui’s board. Board members were concerned the goal was too aggressive. The company had only achieved $100,000 in EBITDA in the first quarter. How, the board wanted to know, could the firm achieve this seemingly impossible goal? Bowling never wavered. “I would have been a hypocrite to give up,” he says. “I tell people every day how good they are, what they are capable of and to keep fighting. Why would I change my tune now?” From that point, whenever any board member asked Bowling about the 2015 forecast, he replied “$10 Million in EBITDA”.

Then came the kicker. Each year at The Delta Companies, top performers are rewarded with a Platinum Club trip that’s typically reserved for the sales people and recruiters. Those in support roles rarely attend. Bowling convinced the board that offering a trip to the Hard Rock Cafe in Mexico for ALL employees and their spouses would galvanize the entire company around a common goal and drive a successful outcome.

He named the program EPIC.

Rising to the Challenge

In order to achieve this epic result, Bowling and his team developed and executed a program consisting of four primary components:

1. Inspire belief. Having persuaded the board, Bowling had to convince the entire company that achieving this bold goal was not only possible, it was probable. “Certainly some thought I was crazy,” says Bowling.” To me, that’s what leadership is all about: getting people to believe they are capable of doing something much bigger than they first believed was possible. My first job was to get people to believe—in themselves, and in our common goal.”

The biggest hurdle was improving the company’s measured effectiveness (or EBITDA) by 100% over the previous year. The goal was to double the company’s EBITDA from its best year ever. This feat was not for the faint of heart.

Bowling passionately shared his vision, described what it would take, then played a video of the FIFA World Cup Championship commercial in which a stadium packed with U.S. soccer fans chant, “I believe that we will win!” As if on cue, one of The Delta Companies’ employees started the same chant. Another voice was added. The chant caught on. Within seconds, the entire auditorium buzzed with emotion.

2. Show them how. “One of the biggest mistakes leaders make,” says Bowling, “is failure to set clear expectations. It takes a lot of work. But anytime you can show people a clear path to success, you’ve got a greater likelihood of winning.” Bowling met with all of his direct reports—as a team and individually—as well as with other influencers to “chunk it down, get their input and begin building a month-by-month plan.” He brought in the teams doing the day-to-day work to get their input on how best to execute the program. Leaders put people into the right positions to succeed and they set milestones to mark progress toward the goal. “We provided the means to inspire and enable people to do what they didn’t initially think they could do,” says Bowling, “and then we went all out to create a path to make great things happen.”

3. Track progress. “The toughest part of this program,” says Bowling, “was its length. Most sales contests are two-to four-week sprints. We had to sprint for 52 weeks. It’s very difficult to do. We had to develop new habits.”  A specially designed micro-site tracked individual performance and company analytics in real time. “The leaders chunked this thing down into very digestible pieces,” says Bowling “and made several sprints out of the year-long sprint.” Mini-contests within the larger contest provided opportunities to reward, recognize and celebrate the achievement of individual goals, group goals and overall company progress. This tracking also allowed everyone to see how other departments were performing.

4. Expect Accountability, Avoid Micromanagement. Clear expectations were set and the leaders trusted their teams to hit their objectives. “What drove our performance was the idea that we were all pursuing one number,” says Bowling, “Each department knew its role in helping achieve the goal, and we were all accountable to each other.” Because of the trust that had been established, when one department was honest about a shortfall, another department would step in and say, in effect, “No problem, we’ve got you covered.” Trust + Transparency = High Performance.

How to Achieve EPIC Success

By the end of 2015, The Delta Companies had exceeded every one of its targets:

The board was concerned employees would be inclined to rest on their laurels now that they had achieved such incredible results.

But Bowling and the executive team anticipated a possible letdown and challenged everyone not to be a one-hit wonder.

To rise above the challenges of 2015, the people leveraged the new habits they had established and proved they were capable of sustaining extraordinary performance. By Q2 2016, The Delta Companies achieved new records.

By investing time, energy and—most of all—a belief in their teams, leaders of The Delta Companies inspired 250 professionals to achieve EPIC results.

Jeff Bowling has continued to show that he is an Accountability All Star by bringing out the best in those around him.

“The thing I discovered—or perhaps rediscovered—about myself and about people,” says Bowling, “is that we are capable of so much more than we first think. When you sit down, work together and put a plan into place, you really can move mountains.”

What is Poor Performance Costing You?     |     What Skeletons are in Your Closet?