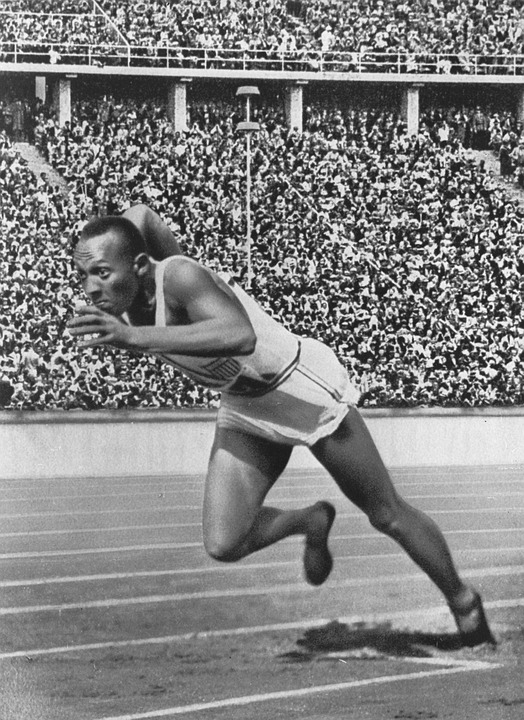 Running the Race with a Sense of Urgency

In 1936, political storm clouds were swirling.

But as the Summer Olympics opened at Berlin’s Olympiastadion before a crowd of 100,000, the skies were clear, the weather was dry and temperatures hovered around a very pleasant 72° F (22° C).

Hitler had come to power and was using the Olympics as his international stage to display Germany’s resurgence; he expected German athletes to demonstrate the concept of Aryan superiority. His expectations soon would be dashed.

Jesse Owens, a U.S. Olympian running the 100 meter sprint against five other athletes on August 3, won with a time of 10.3 seconds. He defeated his relay race teammate Ralph Metcalfe by one tenth of a second and defeated Tinus Osendarp of the Netherlands by two tenths of a second.

It was the first of four gold medals won by Owens.

One of the many reasons we’re passionate about sports is because when an event concludes, we know who won and who lost. There may be disappointment, but there is no ambiguity.

In business as in sports, margins of victory can be razor thin.

Yet one of the most persistent problems I see in my work with leaders is the lack of clarity about what constitutes success.

And then leaders wonder why their employees don’t share their sense of urgency.

Zeroing in on Urgency

Jesse Owens competed with racism and Nazis before he faced a formidable field of athletes and wrote his name in the record books 80 summers ago. So while you battle significant issues outside and inside your organization, the first battle you fight is the one between your ears.

Urgency is one of the Seven Pillars of Accountability. More important, urgency provides a broader term for evaluating whether an organization makes decisions and acts on them with a sense of purpose, commitment, and immediacy.

You don’t have to be as fast as Jesse Owens to win your races. Urgency does not equal fast; it equals focus.

How focused on success are you and your team?

Organizations that fail to perform consistently do so because their teams:

Achieving a sense of urgency is a challenge in this type of culture. There are likely several factors that are hindering organizational and individual performance. (Learn more with Bustin & Co.’s Top 10 Performance Hurdles list) When you review this list, you’ll see that nine of the 10 hurdles are right in front of you.

Do You Have the Will to Win?

By whatever name you choose to call it—persistence or passion, stubbornness or stamina, drive or determination—Jesse Owens, like all great athletes and all great leaders, demonstrated an urgent will to win.

When assignments are fumbled by your employees, what’s happening?

Do they share your sense of urgency? Perhaps not.

Or perhaps there’s a lack of clarity about what constitutes a win and what it will take to achieve it.

For high-performing companies, urgency translates into the disciplined focus on a handful of compelling priorities that are executed with purpose, commitment, and immediacy.

So if you and your organization are falling behind—on deadlines, on your corporate objectives, on the race you’re running against your competition—ask what this lack of urgency is costing you.

Then ask these key questions:

“We all have dreams,” said Jesse Owens.  “But in order to make dreams come into reality, it takes an awful lot of determination, dedication, self-discipline, and effort.”

Still, it’s important to remember that no decision is a decision to do nothing. It’s a matter of urgency.

Who Are Your Next Leaders? The Secret of the 3 Lists     |     The Value of Connecting with Your Customers