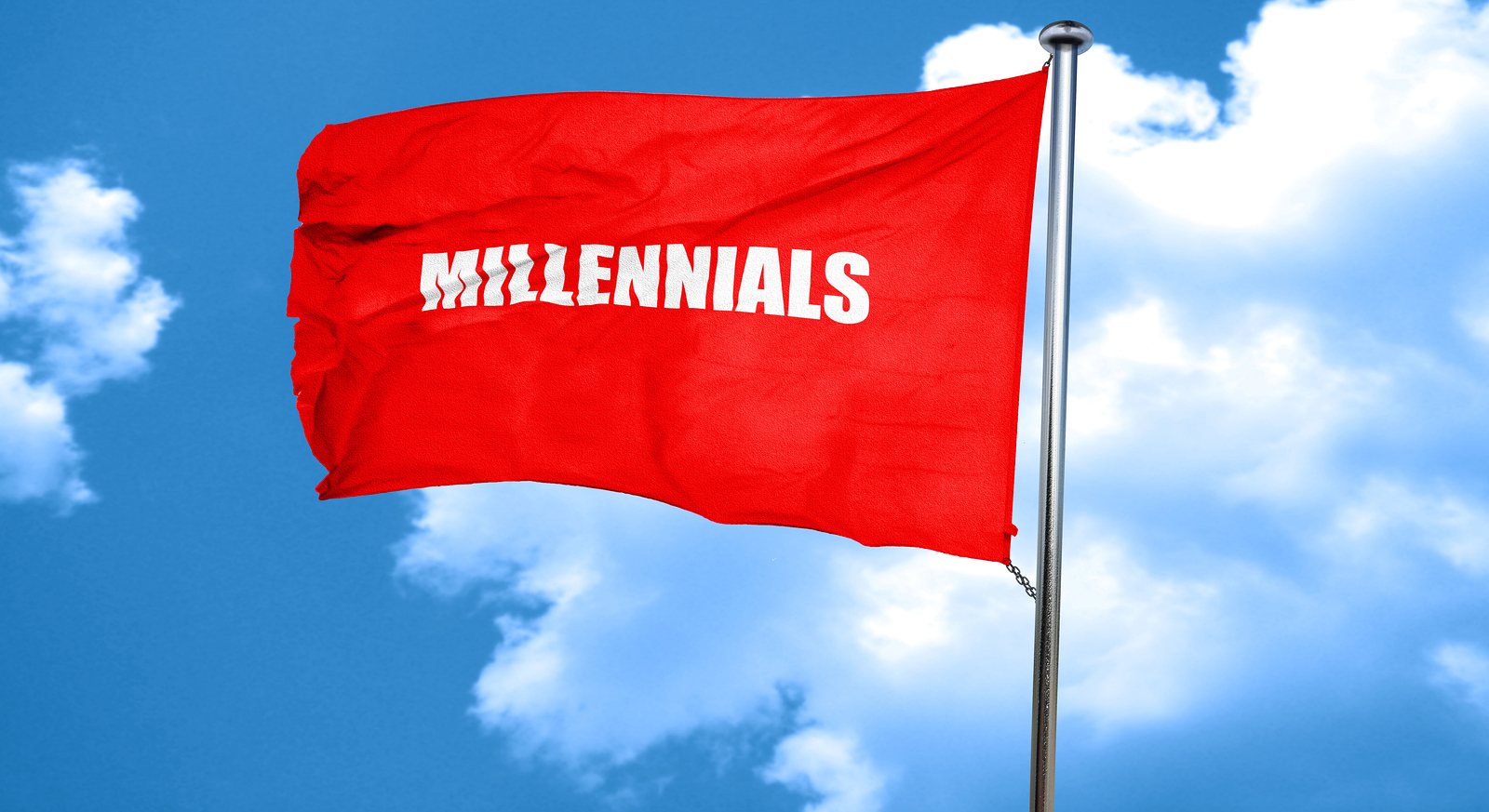 “We’re Here!” Millennials in the Workplace

When I’m invited to speak for keynotes and workshops, it’s usually to examine the topic of workplace accountability.

A question I’m asked every time is, “What are your thoughts about accountability as it relates to certain generations in the workplace?”

A Baby Boomer is typically doing the asking, so when that happens I find after further probing that the question is directed at Millennials.

My wife and I are Baby Boomers. We and another 71 million Americans were born between 1946 and 1964.

Our daughter is a Millennial. She and about 75 million others were born between 1982 and 2000.

Last month the U.S. Census Bureau reported that Millennials have surpassed Baby Boomers and Xers (people born between 1965 and 1981) as the country’s largest living generation.

About one in every three workers today is a Millennial. Many of these younger workers are in decision-making roles. And those who aren’t making the decisions are certainly influencing them.

So the first part of my answer is based on simple math: Stop resisting and start engaging.

The rest of my views often surprise Boomers and Millennials alike.

Be Wary of Stereotypes

A lot of Boomers see Millennials as entitled (“I believe my starting salary should be $100,000″), unaccountable (“I don’t want to hurt anyone’s feelings”) and unable to stay off their smart phone for more than 10 minutes (“I don’t want to miss out”, #FOMO).

A lot of Millennials see Boomers as workaholics (“I work 80-hour weeks to buy the things I want”), inflexible (“We’ve always done it this way”) and technologically illiterate (“What’s Snapchat?”).

Why do we Boomers act surprised when Millennials actually believe us and want to shake things up?

In one of my earlier blogs, “8 Questions to Ask about Accountability“, I wrote that the first question any of us should ask when we experience something we dislike, disagree with, or don’t understand is, “What’s my role in this?”

So the second part of my answer is based on common sense: Before judging a generation or accepting a stereotype as fact, get to know the person.

Boomers, Xers and Millennials: We’re All in It Together

Adopt the mindset that most people want to do well.

To drive high performance-in any organization, in any industry, with any generation, anywhere in the world-take a fresh look at how you, your colleagues and your organization are measuring up around these four critical components:

1. Agree on the most important things. When all employees understand and embrace the organization’s mission (Why are we here?), vision (Where are we going?) and values (How will we behave?), stereotypes evaporate, differences are minimized and people unite to accomplish something significant.

Ask: Are we giving our colleagues something to cheer for?

2. Meet in the middle. Boomers have skins on the wall that provide evidence of past victories. But just because something’s worked before doesn’t mean new options shouldn’t be explored. Millennials bring a fresh way of thinking at a time when change is fast and the world is growing smaller. Anyone, especially millennials, has had the opportunity to learn something new every day since the introduction of high-speed internet connections such as wave broadband. Also, just because a process or principle is old doesn’t make it ineffective or irrelevant.

Ask: Do we all play too often the “I-know-better-than-you” card?

3. Set clear expectations. Failure to set clear expectations means that evaluating performance is subjective. When your purpose, expec ­tations, and rewards are crystal clear, all of your employees will embrace accountability as a way to become even more suc ­cessful. The opposite is also true: If you are not clear about everything-vision, values, objectives, strategy, rewards, and, yes, penalties-the likelihood of achieving your vision is slim.

Ask: Does everyone know what’s expected of them?

4. Learn continually. High-performing organizations place a premium on learning, adapting and growing. They might even invest in software like a Learning Management System to help streamline the training process for both them and their employees. Plus, there are so many options out there now, although many believe that hosted learning management platforms are obsolete compared to SaaS LMS, so it might be worth going down the SaaS route if this is something you are interested in. When it come to employee learning, don’t assume Boomers are not capable of learning new tricks. Equally, don’t assume Millennials know it all because the Internet said it was so. “Knowledge,” as Miles Kington noted, “is knowing a tomato is a fruit; wisdom is not putting a tomato in a fruit salad.”

Ask: What are we doing to encourage the best ideas from the most people?

During a recent workshop in Washington, D.C., I was asked the question I’m always asked about generational accountability. There were nearly 100 people in the room in a variety of leadership roles. The audience appeared to be equally divided in terms of Boomers, Xers, and Millennials.

I gave many of the responses you’ve just read.

After the workshop, a fellow Baby Boomer approached me and said, “Here’swhat I believe about relationships. If we could all just remember the Golden Rule – ‘to treat others the way we want to be treated’ – we’d all do just fine.”