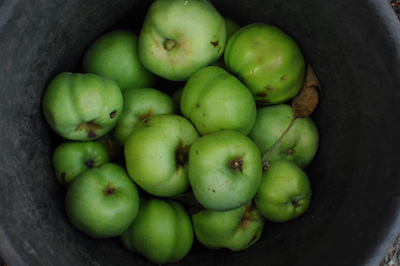 If you don’t understand what a major impact Jobs had on all of our lives then click here to read about the full history of the iPhone — if it weren’t for him, Apple wouldn’t have been where they are today.

His vision, tenacity and “one more thing” approach transformed not just one industry – a feat most leaders would consider remarkable – but four: computing, music, movies and mobile telephones.

Here are four simple yet powerful questions Jobs asked and answered to propel Apple from the brink of bankruptcy in 1997 to a company worth $170 billion today.

Why are we here?

Jobs’ journey was anything but a straight trajectory to success.

From new product launches that fizzled and board room politics that resulted in his 1985 ouster at Apple to his bout with cancer, Jobs never gave up.

“Sometimes life hits you in the head with a brick,” he told Stanford graduates in 2005. “Don’t lose faith. I’m convinced that the only thing that kept me going was that I loved what I did. Your work is going to fill a large part of your life, and the only way to be truly satisfied is to do what you believe is great work. And the only way to do great work is to love what you do. If you haven’t found it yet, keep looking. Don’t settle.”

At the time of his death, Steve Jobs was worth approximately $7 billion. Yet money never really drove him. Money was a by-product of his passion: helping people “do things that only large groups of people with lots of money could do before,” Jobs said. “What that means is, we have much more opportunity for people to get to the marketplace – not just the marketplace of commerce but the marketplace of ideas.”

Are you pursuing your passion? Or settling?

What do people want from us?
It’s certainly true that a smart way to know what your customers want is to ask them. In my work with small and mid-sized companies, I find this simple practice is often overlooked. But asking people what they want is not always enough. As Henry Ford reportedly once said, “If I asked my customers what they wanted, they would’ve said ‘a faster horse.'”

Steve Jobs was a college drop-out. He was not a technology guy. He was an artist.

Driven toward a vision he was passionate about, Jobs connected the dots and then delivered products and experiences people didn’t even know they wanted.

“There’s a certain amount of homework involved, true,” Jobs told Fortune magazine in 2009, “but mostly it’s just picking up on things you can see on the periphery. I subscribe to a half-dozen Internet news services, and I get about 300 e-mails a day, many from people I don’t know, hawking crazy ideas. I’ve always paid close attention to the whispers around me.”

Jobs announced Apple’s intent to create and enable a “digital lifestyle” in 2000. Most people didn’t know that that meant. So when Apple missed its earnings forecast in September 2000, the company’s stock price cratered.

Yet the following year – as the world slumped into a recession – Apple introduced the iTunes music software (January), the Mac OS X operating system (March), the first Apple retail stores (May) and the first iPod (November).

What are your customers’ unmet needs?

How do we attract and retain top talent?
For each of us, any personal strength that’s over-exercised can become a curse.

Steve Jobs’ gift as a relentless, committed visionary often showed its ugly side as a stubborn, arrogant and temperamental bully.

When Jobs returned to Apple in 1997, turnover was high. Many talented executives were driven away by Jobs’ leadership style.

Over the course of the next seven years, the company re-committed to nurturing and sustaining a culture that encouraged creativity. This culture helped attract and retain some of the brightest talent anywhere. It’s a culture, the Wall Street Journalreported last month, that “is top-down, driven by the demands of senior executives and defined by a belief that what people are working on is important.”

Several years ago, Jobs gathered the company’s leaders for a “Top 100” offsite. Invitations to the offsites – now annual – were based not just on position but also on the priority of the new products people were developing.

And in 2008, Apple launched its own version of an MBA program called Apple University where Ivy League professors taught case studies to examine decision-making, continuous improvement initiatives and culture.

Talent is the best predictor of future success.

What are you doing to encourage the best ideas from the most people?

Two of the hardest questions any of us must answer for ourselves are “Who am I?” and “What do I want?”

“Remembering that I’ll be dead soon is the most important tool I’ve ever encountered to help me make the big choices in life,” Jobs said. “Because almost everything – all external expectations, all pride, all fear of embarrassment or failure – these things just fall away in the face of death, leaving only what is truly important. Remembering that you are going to die is the best way I know to avoid the trap of thinking you have something to loe. You are already naked. There is no reason not to follow your heart.”

So here’s one last question:
If I died today and had written a letter to my loved ones, what would the letter say?