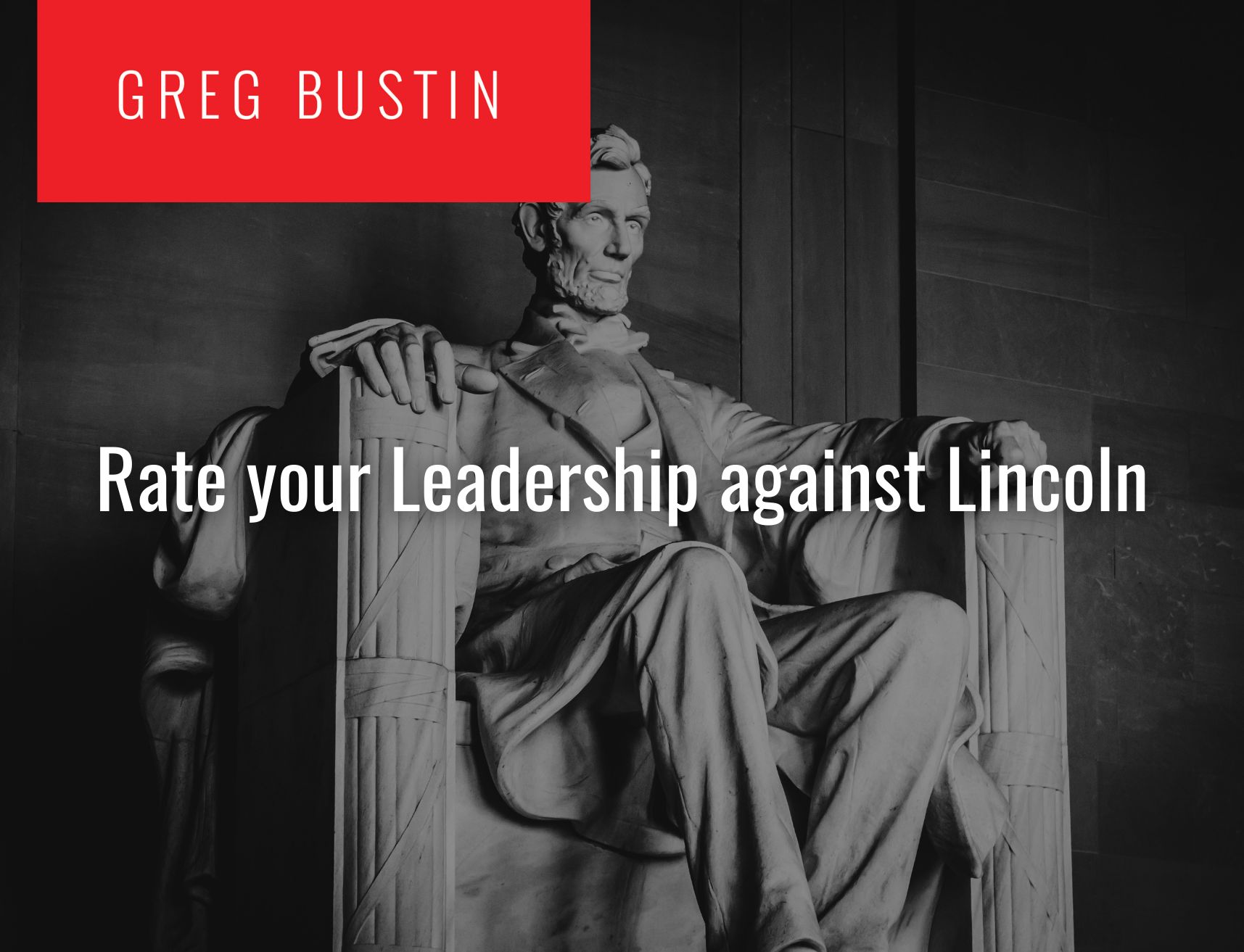 Rate your Leadership against Lincoln

This material was first published in February 2013. A companion blog—“The 6 Warning Signs of Bad Management”—was published in February 2020. Due to popular response, this material has been edited and is being reposted along with a new 10-question assessment you can access for free to compare your leadership style to one of history’s greatest leaders.

While both Lincoln and Washington are at the top of most Americans’ list of great leaders, Lincoln ranks consistently as the best U.S. president for his leadership in guiding his country through a constitutional, military and moral crisis, preserving the Union, ending slavery, and promoting economic and financial modernization.

Lincoln’s accomplishments were considerable in just over four years on the job.  He was assassinated April 15, 1865, four months after being re-elected to a second term and just six days after the Confederate Army surrendered at Appomattox to end the Civil War.

Abraham Lincoln came from a very poor family and was a self-educated country lawyer.

These humble origins likely kept him grounded and explain his negative view toward position, titles and bloodlines. He was a master at deflating the pompous.

Lincoln was a one-term member of the House of Representatives but failed twice in his bids to become a Senator. This perseverance served him well as he had to contend with men in his own cabinet who wanted his position and actively conspired against him.

Lincoln left a rich legacy, and the leadership lessons of how he lived his life provide modern-day leaders with a template to guide their own behavior as they confront today’s challenges.

When it comes to Lincoln’s style of leading, there are plenty of lessons to choose from. Let’s focus on five:

Friends urged Lincoln not to take a position on this issue but instead allow events to work themselves out. Lincoln, however, did not shirk his responsibility to lead. “The time has come,” he said, “when these sentiments should be uttered, and if it is decreed that I should go down because of this speech, then let me go down linked with the truth.  If I had to draw a pen across my record and erase my whole life from sight, and I had one poor gift or choice left as to what I should save from the wreck, I should choose that speech and leave it to the world unerased.”

Lesson: The truth is non-negotiable.

Lesson: Leverage talent in all its forms wherever you find it.

Lesson: Consider issues from all sides.

As we honor Abraham Lincoln on Presidents Day, take a moment to consider these five leadership lessons.

“Nearly all men can stand adversity,” said Lincoln, “but if you want to test a man’s character, give him power.”

See how your style of leadership compares to that of America’s greatest president.

More Than Ever, 5 Questions Your Employees Want Answered     |     Time + Accountability + You