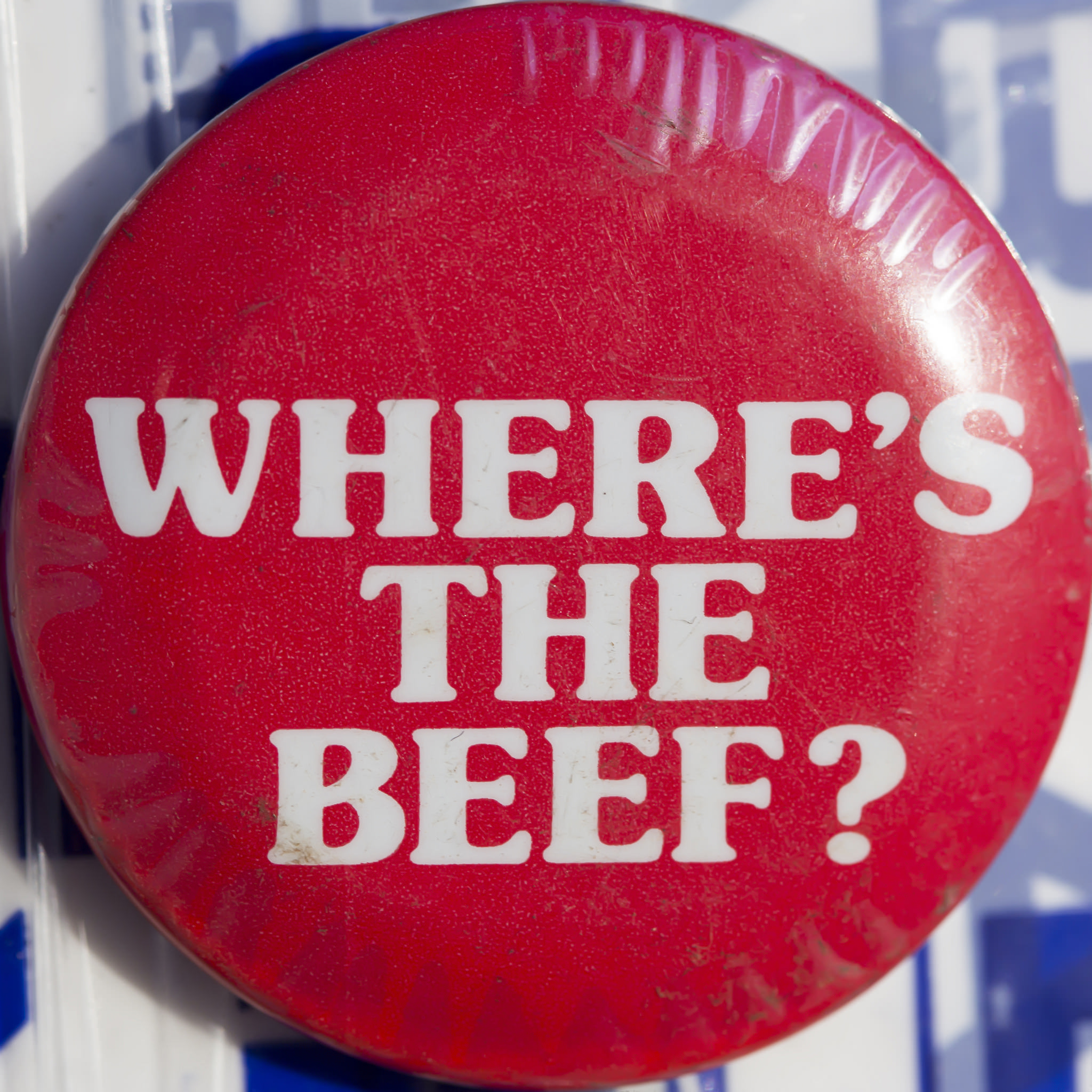 Forty years ago this month, sweet little old Clara Peller became a worldwide cultural icon when, in a TV commercial for Wendy’s, she received a hamburger that was mostly bun and very little meat.

“Where’s the beef?” she wanted to know.

Her signature line quickly became short-hand for questioning the substance of an idea, event or product and was often repeated in TV shows, films and more than a few political debates.

As you start 2014 with a hearty appetite for juicy results, make sure that your team is delivering more meat and less bun.