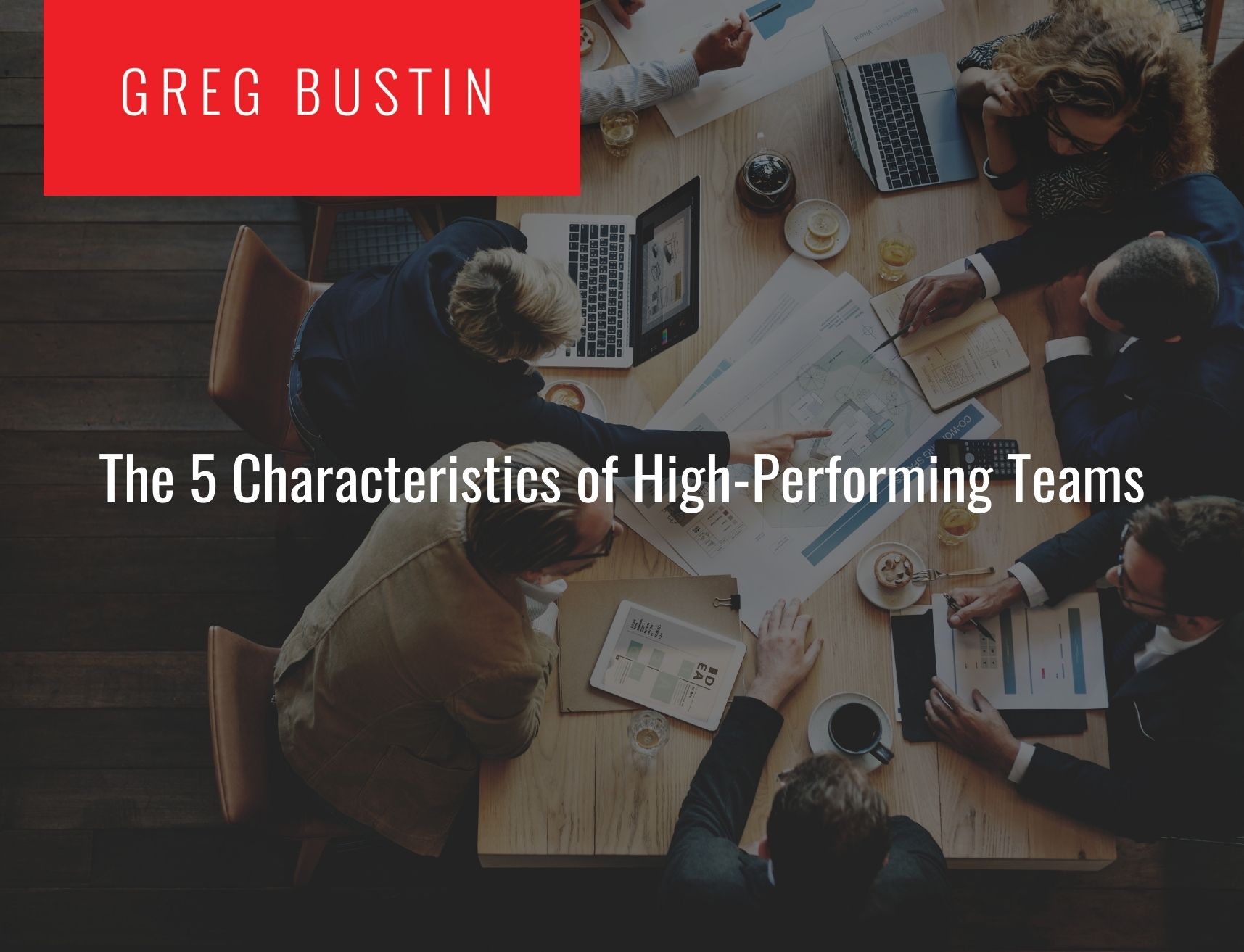 The 5 Characteristics of High-Performing Teams

What causes some teams to achieve remarkable results and others to flounder?

When I’m invited to speak to groups of business leaders on the topic of accountability, I begin by asking for two volunteers to share the best work team experience they’ve ever had.

The reason for my request is simple: Accountability on high-performing teams is high, and I want leaders to have a crystal-clear view of what high performance looks, sounds and feels like-and then compare it to the current performance they’re experiencing in their organization.

I’ll ask the volunteers to share three or four words that characterize the attributes of their high-performing team.

First, I’m struck by the similarity of the experiences shared by the two volunteers. Wherever I go, I find the situations being described are almost always extremely difficult challenges in high-stakes situations. That challenging situation-and the fulfillment that comes from overcoming adversity to achieve a stated objective-contributes to the power of the memory, and it demonstrates the critical nature of accountability. Sometimes it could be because of a lack of adequate resources for task management. It is especially seen in the marketing field where different teams are required to collaborate on different projects.

What’s your experience as part of a high-performing team?

In my role as coach, consultant and confidante to hundreds of leaders and their teams, I’ve worked with lots of high-performing teams as well as my share of people who are supposed to be working as a team but who are struggling to perform consistently at a high level.

Here are the 5 characteristics of a high-performing team:

Somewhere
somehow
in some ways
something
isn’t clear
to someone.

Peer-to-peer accountability is the most powerful form of accountability-provided you’ve got the right peers. When you’re a member of a team where the five characteristics are present, underperformance is addressed initially with curiosity and care-not judgment and retribution. But make no mistake: those who are in the process of aligning teams and transforming the members into high-performing achievers will possibly not tolerate people unable or unwilling to pull their weight.

Where can greater clarity around these five characteristics improve your team’s performance?

Which high-performing group are you thinking about? One from the past…or the present?

Accountability is a powerful force, yet it’s one of the most misunderstood and misapplied concepts in business and in life.

Accountability is more about coaching than scolding.

If you’re a leader you’re a coach.

Since football season is now in full swing, enjoy these quotes from some of America’s best coaches:

“You can easily separate ‘team guys’ from ‘me guys’ by how they accept coaching. The guys that accept it are about winning.”

“Individual commitment to a group effort-that is what makes a team work, a company work, a society work, a civilization work.”

“The secret is to work less as individuals and more as a team. As a coach, I play not my eleven best, but my best eleven.”

“I don’t count on the boy who waits till October, when it’s cool and fun, then decides he wants to play.”

After USC lost 51-0 to Notre Dame, coach John McKay’s post-game message to his team was brief: “All those who need showers, take them.”

Which of the five characteristics will you focus on to raise your team’s performance?