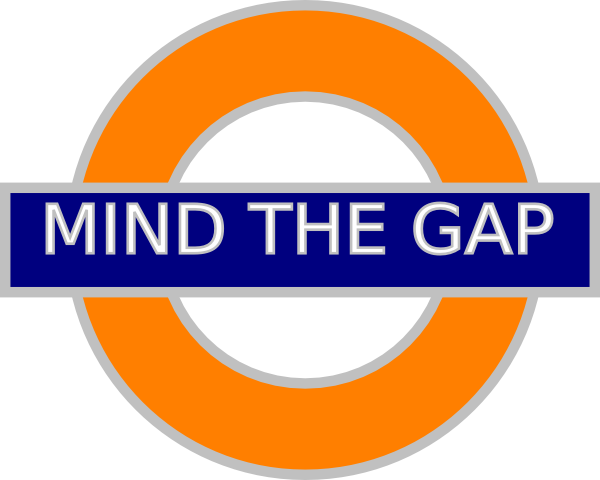 How to “Mind The Gap” of Workplace Accountability

What is the Gap?

If you live in or have travelled in the United Kingdom, you likely recall being told to “please mind the gap.”

This phrase—first introduced in the UK in 1969 and heard by millions as spoken by voice actor Phil Sayer—is a warning to passengers boarding trains to use extra care not to trip over the space between the train and the platform.

There is a different gap that exists in most organizations that leaders everywhere will do well to watch.

That’s because this gap is harmful to your culture and, ultimately, to the performance of your organization: It’s a perception gap between an organization’s top leaders and their direct reports.

How do you prevent the gap from developing? How do you detect if this gap exists in your organization? If the workplace communication gap exists, how do you close it?

How do high-performing organizations prevent this gap from developing?

In my interviews as a business consultant with senior executives at 19 high-performing companies, it became evident there’s a mindset that drives high performance and transcends an organization’s age, geographic location, industry and size.

Executives at widely admired companies such as Marriott, The Container Store, Ernst & Young, Herman Miller, Nucor and Sony, as well as CEOs of successful small and midsize companies place a premium on ensuring that employees understand and support the organization’s mission, vision, values and strategy.

What’s more, leaders of these high-performing companies are intentional about helping their employees know their role in helping their organization succeed. It’s the responsibility of any leader to help those who work with and for them to answer: Who will do what by when?

My experience working with leaders who are focused on improving the performance of their enterprise is that they make workplace communication a priority.

These organizations communicate clearly, honestly, frequently and in a variety of ways to ensure key messages are reaching—and engaging—everyone in the organization.

As a result, perception gaps are rare.

“Communicating the way we do adds up to a competitive advantage that so far offsets any little fragments of information falling into the wrong hands,” Container Store founder and CEO Kip Tindell told me.

Southwest Airlines communicates with its 46,000 employees using a variety of daily, weekly and monthly communiques. “We go to great lengths to help our employees understand where we are and where we’re going,” says Elizabeth Bryant, vice president of Southwest’s training initiatives.

Discovering the Gap in Workplace Communication

Based on my years of experience working as a business consultant with leadership teams, I realized the perception gap between top leaders and the rest of the organization existed.

I quantified the gap in a survey I conducted over a five-year period of more than 5,000 CEOs and key executives worldwide at companies that are considered leaders in their region and that typically outperform their competitors.

The implication: more than half the employees in these otherwise flourishing companies are not clear about what their organization is trying to achieve and what is expected of them to help achieve it.

That’s a disconcerting statistic for any leader since communicating vision and setting organizational and individual expectations are among their primary responsibilities.

Armed with this data, 200 CEOs, Presidents and Managing Directors of companies in the United States, Canada, Australia and New Zealand were selected randomly from the pool of 5,000 executives. These 200 CEOs asked their direct reports—a total of 1,320 people, or an average of six other leaders per company—to complete an organizational performance assessment.

In 80 percent of the cases, the overall score of the top leader taking the assessment was the highest or second-highest score versus the scores of their direct reports.

When the scores are tracked across the Seven Pillars of Accountability (Character, Unity, Learning, Tracking, Urgency, Reputation, Evolving), the top leaders’ scores for each of the seven pillars also are proportionately higher than the scores of their direct reports.

Although no additional analysis was conducted to explain the gap, the fact that 80 percent of these CEOs viewed their organization’s performance against key accountability drivers as markedly better than their direct reports, is a gap that may very well exist in other organizations.

To discover the gap in your organization, the next time you’re together with your direct reports, ask each person to write down a number between one and 10—with 10 being the highest score, and one being the lowest—of their perception of the organization’s performance. When everyone’s written a number, ask each person to read aloud their number and record the number on a whiteboard or flip chart. If people are honest, the numbers may surprise you.

Do you have a biased view of performance? Most CEOs do.

Based on my experience, there are three primary reasons this workplace gap occurs, and three options for closing it:

CEOs usually are more optimistic than their colleagues. That’s what helped them reach the top. Temper optimism with realism. In CEO peer advisory groups such as those developed by Vistage International, CEOs of noncompeting businesses act as sounding boards for each other. They are not afraid to “speak the truth in love” to a fellow CEO who has overdosed on optimism.

Ask: Have I surrounded myself with people who will tell me what I need to hear?

The “Command and Control” days of leading are fading. Exceptional CEOs set the vision, communicate the vision and then trust their colleagues to execute. These CEOs are keenly aware of what’s happening two and three layers down in their organizations because they leave their offices and interact with their employees. The companies that attract the best talent and set the pace for high performance are led by CEOs who are as adept at listening as they are at speaking. Such CEOs use employee feedback to break down barriers that make it difficult for people to be their best. This practice opens workplace communication, strangles gossip and nurtures a high-performing culture.

Ask: What am I kidding myself about?

Are you getting the news you need to hear…or are you among the last to know? When your employees—including your direct reports—recognize that something isn’t right, are they fearful of bringing a question or problem to your attention? What answer would you get from your direct reports to this question if they were convinced there would be no retaliation: What is the elephant in the room that no one is talking about? Without trust, there’s no conflict. Without conflict there is no change. Without change, improvement is next to impossible.

Ask: How would those closest to me rate their level of trust in me?

As the top leader, closing the gap on workplace communication is your responsibility. So “please mind the gap.”

If approached with candor and the willingness to understand points of view that differ from your own, a gap-closing conversation can be a game-changer.

The trust you build and the actions you agree to take are essential steps toward becoming an exceptional organization.

Interesting Holiday Traditions from Around the Globe     |     Joan of Arc: 3 Leadership Lessons