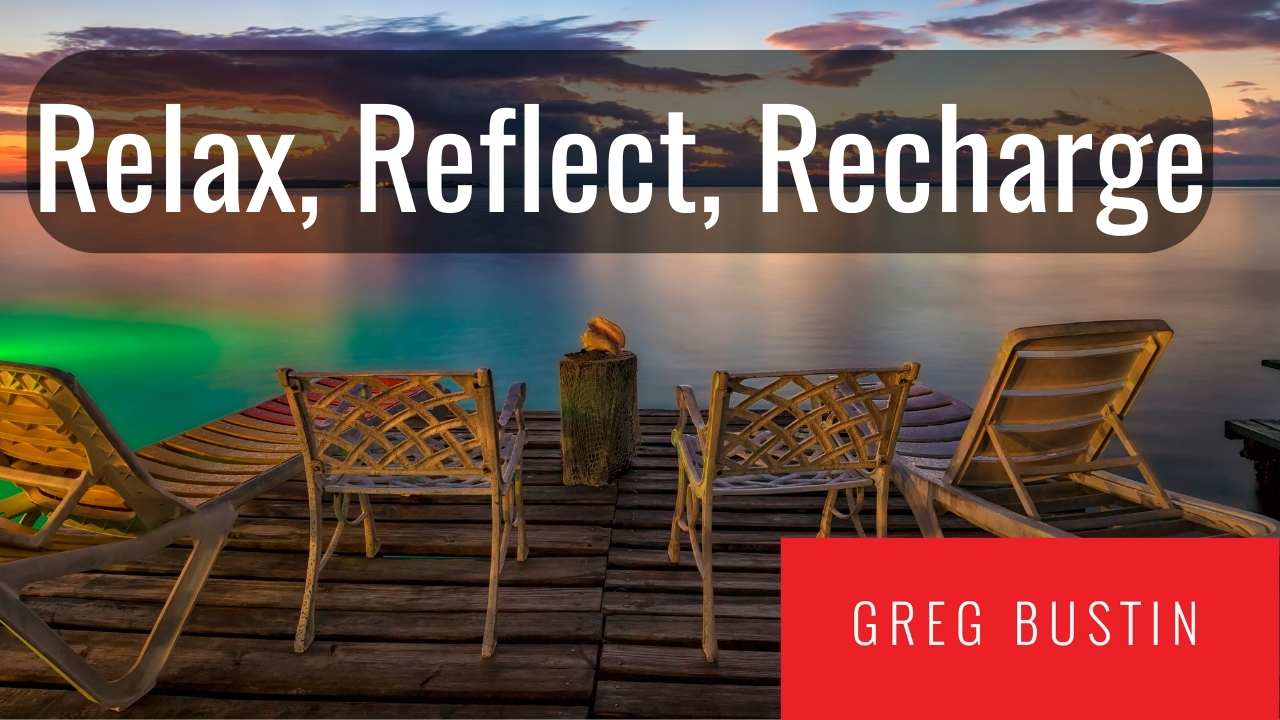 Summer is in full swing in the Northern Hemisphere.

Wherever you are, I hope you’re finding time to unplug from work.

That’s because the greater your responsibility, the greater the need to make time to relax, reflect and recharge.

Members of the Vistage CEO groups and Key Executive group I lead make time each year for at least one trip together where they can unwind. The casual atmosphere unlocks thinking and cements relationships.

When did you last fully unplug from your office? What must you do to enable your team to run things for at least two weeks without you?

The Restorative Power of Pausing

Prime ministers and presidents are among the busiest people on earth.

Herbert Hoover established America’s first presidential retreat because his adopted state of California was too distant for regular getaways.

He directed Lawrence Richey to find a place within one hundred miles (161 km) of the capital that had 2,500 feet (762 m) of elevation for cooler temperatures; was mosquito-free; featured plenty of woods for hiking and privacy; and had a mountain view and fishing streams.

When Franklin Roosevelt succeeded Hoover and visited Rapidan, FDR found the narrow trails too rough for his wheelchair and the mountain streams too cold for swimming.

But he appreciated the idea of getting away from the White House.

On April 22, 1942, FDR selected a site in what would become the Catoctin Mountain Park near Thurmont, Maryland, as his presidential retreat.

FDR’s successor Harry Truman seldom visited, but Dwight Eisenhower loved the place, renaming it Camp David to honor his father and grandson. He built a three-hole golf course on the property.

Each U.S. president has utilized Camp David to varying degrees.

But each has recognized the camp’s effect to relax tensions and change the context for important discussions—whether with trusted advisors, domestic politicians or world leaders.

“To me,” said Lady Bird Johnson, “Camp David is more a psychological journey than a physical one.”

Changing the venue can change mindsets. A relaxed mindset is more creative and more receptive to new ideas. Changing mindsets changes the discussion. And when you change the discussion, you can change outcomes.

It’s why many leaders I work with choose to convene their strategic planning meetings away from the office in locations with relaxed surroundings.

What major problem or opportunity would benefit from gathering key people and moving the discussion from the office to a more relaxing venue?

Leaders model the behavior they expect to see in others.

So, if you expect creativity, innovation and fresh thinking from your colleagues, it’s a good idea to ask yourself some questions:

One of the most iconic sites in Arches National Park that Janet and I observed close-up is the Balanced Rock.

This geologic marvel offers a great metaphor for leaders: make sure you’re   allocating the appropriate balance of time for yourself between working and recharging.